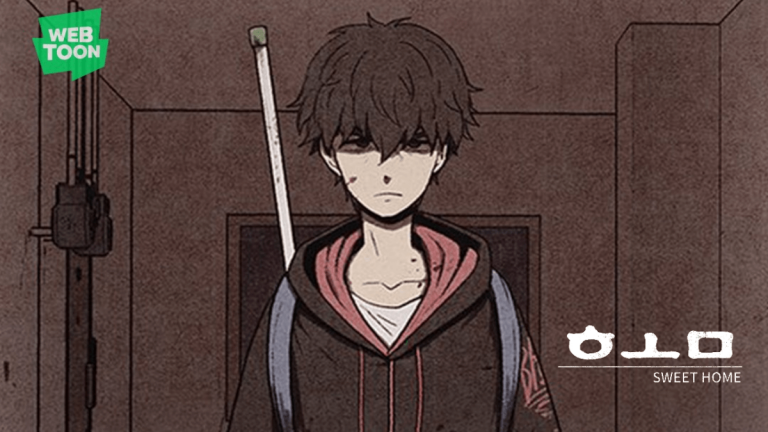 These webtoon comics will get you scrolling and scrolling!

For manga fans who are still doubtful with the quality of its South Korean counterpart– the manhwa, go give it a chance by reading through some of the best series out there!

Manga and manhwas have its distinct differences. For one, manga is often published in prints, traditionally drawn in black and white, and is read page by page. On the other hand, manhwa series take full advantage of the digital platforms, are often digitally drawn in full color, and are presented in the form of webtoons— digital comics that are specifically designed for online reading. Besides being read by scrolling down the panels, other webtoon comics even take the experience further by adding music, sound effects, and animation.

But for everyone who just loves a worthwhile read, these differences don’t matter, because like manga, the manhwa offers a huge collection of compelling stories just waiting for the readers to dive into. To get you started, here are 12 must-read manhwa series that will get you glued to your phone screens!

Bastard is a must-read manhwa especially if you are into thrillers and plot twists. This webtoon comic follows Jin Seon, a scrawny teenager who is blind in one eye due to an accident during his childhood. While the young man looks incapable of hurting anyone, he hides a dangerous secret. His father Dongsoo, the upright-looking CEO of a company, is really a deranged murderer, and Jin is his accomplice.

Even though he holds a deep hatred for the man, Jin continues to do his father’s bidding. That is, until he met the bubbly transfer student Kyun Yoon. When his father decides that he wants his next victim to be Kyun, Jin begins to extract himself from his cowardly past, standing up against his father to protect her.

2. The God of High School
By Yongje Park (On-going)

If you’re a fan of action-packed animes, One Piece for instance, then The God of High School is your best bet. Having an interesting story paired with stunning artworks that successfully deliver intense fighting scenes, it is no surprise that this manhwa is soon getting an anime adaptation.

The God of High School begins with a fighting tournament that seeks out the strongest fighter among all the high school students in Korea. The seemingly careless Mori Jin joins in, proving that he is actually an exceptional fighter, but as it turns out, a deeper story revolves around the tournament that goes way back to the time of Mori Jin’s grandfather.

3. Tales of The Unusual
By Seongdae Oh (Completed)

A horror anthology filled with twists and turns, Tales of The Unusual is a vault of short, compelling, and very unusual horror and supernatural stories. From the creator’s immense imagination, it is packed with thrills, mystery, and the right amount of weirdness to keep us scrolling.

All in all, this webcomic is entertaining especially for readers who want their stories in bite-size pieces.

4. I Love Yoo
By Quimchee (Completed)

For the romance-seeking readers, try checking out I Love Yoo which follows Shin-Ae, a young lady who finds her life miserable and decides that she wants nothing to do with people nor anything to do with romance. However, her life changes when her orange juice spills on a stranger’s clothes.

Shin-Ae’s seemingly boring life takes a turn, and a wild turn at that, when she crosses paths with the two rich boys Kousuke and Yeong-Gi Hirahaha. Just like most romcom TV series, I Love Yoo offers its readers an entertaining blend of romance, humor, and drama.

Another manhwa that to get an anime adaptation, Tower of God is a fantasy webtoon series that tells the story of a boy called Twenty-Fifth Bam who sets out on a mission to climb the mysterious Tower and find his friend Rachel. Once inside, Bam must then participate in a series of survival games and challenges, gaining allies and foes among the other participants who also aspire to reach the top of the Tower.

Dr. Frost is like the Sherlock Holmes of psychology. He is a genius, yet he is a bit withdrawn from the emotions of a normal human being. Instead of solving crimes, Dr. Frost uses his extreme intelligence to solve people’s life problems along with his assistant, Yoon and dog Pavlov. The compelling cases of Dr. Frost is an entertaining read especially for those interested in mystery and psychology, but this does not mean that the webtoon is all logic and skips tugging on your heartstrings. With its compelling story, this comic has also been adapted into a live-action Korean TV series.

If you’ve got the Bastard hangover, then check out Sweet Home– another webtoon from the team-up of Youngchan Hwang and Carnby Kim. In this comic, the two weaves yet another thrilling tale filled with twists and turn, but with a horror and supernatural spin.

After an unexpected family tragedy, the reclusive teenager Hyun Cha wastes away his days inside his room in an apartment complex called Green Home. Hyun has thrown away all hopes for his life and sets a certain date when he would end it. But his plans take a different turn when the other tenants suddenly transformed into vicious monsters triggered by their deepest desires.

9. Cheese in The Trap
By soonkki (Completed)

A romance webtoon with a psychological spin, Cheese in The Trap follows Seol Hong– a hardworking student who has just returned to college after a long break. She then finds herself involved with Jung Yu, a college senior who is known as Mr. Perfect. But as Seol Hong slowly discovers, Jung Yu isn’t as perfect as everyone thinks he is as he is hiding a much darker side in him. This webtoon has inspired a Korean drama and a movie.

This tale tackles lookism, or the discrimination based on one’s looks. It follows the overweight, unattractive boy named Hyung Suk, who is the subject of bullying in school because of his appearance. That is, until he wakes up in another body– the body of an athletic, attractive-looking guy. But there’s a catch: his body keeps switching between the new one and old one. Hyung Suk must then juggle his life with this kind of setup while keeping the people around him from discovering his secret.

Noblesse is another webtoon in the action genre which follows Rai, a powerful noble who wakes up from his 820-years of long sleep and finds himself in an abandoned building in South Korea. Clueless of the current way of life, Rai must then start his new life as a high school student, guided by his newfound friends. But his peaceful days will soon be interrupted when a secret organization arrives to attack them.

There’s a handful of webtoon series out there where the protagonist gets thrust into a world similar to RPG video games, and if you’re interested to read one then you should check out Solo Leveling.

Based on the novel of Chu-Gong, Solo Leveling tells the story of Sung Jin-Woo, an E-rank hunter in a world filled with monster-infested dungeons. Ready to accept his death inside a D-rank dungeon, Sung Jin-woo suddenly receives a mysterious power– the ability to see a quest log that will help him reach the top ranks of hunting.  With a compelling storyline, awesome characters, and flawless art style, this webtoon is definitely a must-read for action-loving readers.

All webtoons on the list, except for Solo Leveling, are available to read for free via the Webtoon app. Download the app now on the App Store for iOS users and on the Google Play Store for Android users. For more updates on their hottest comics, you can also follow their social media accounts on Facebook, Twitter, and Instagram.