It didn’t hit me as hard, having not shaken off the original production I saw five years ago, but when that ending finally comes, I’m in my seat, tears building in my eyes, and sniffling.

The Sandbox Collective is celebrating its fifth year by reviving their first musical, ‘Dani Girl’ by Michael Kooman and Christopher Dimond. I’ve seen the first Sandbox Collective production five years ago and I must admit that seeing the original Sandbox production put me at a disadvantage watching this restaging. Both are directed by Toff De Venecia but I feel like some of the magic was lost in this new production that’s tacked on with so much technology.

‘Dani Girl,’ as a play, is a challenging piece as it is. It’s a musical that has to balance out its light-hearted and hopeful message despite it’s the story of a nine-year old girl battling cancer in the pediatric ward. She’s intelligent, precocious, and feisty. She has an active imagination, which becomes necessary as she struggles with the question “why is cancer.” 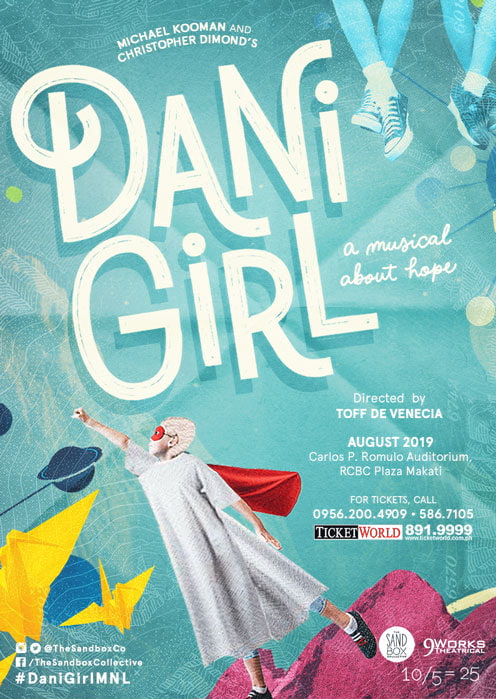 There is a fringe element to ‘Dani Girl’ as it deals with a very heavy topic and then turned into a funny musical with tons of pop culture references (set in the 90s, it feels quite dated now as it references the original ‘Star Wars’ and ‘Star Trek’ when there are newer versions that are closer to mind) that comes into play when Dani befriends her roommate, Marty, who is suffering from Hodgkin’s lymphoma. They play games, playing make-believe that they are shrinking and entering into the bloodstream of Dani’s teddy bear, Mr. Fritz, who she has given ovarian cancer in order to find out that answer to the elusive question.

De Venecia’s new production is aided with a heavy use of video projections and a neon spiral tunnel that hangs inconspicuously in the middle of the backdrop where Dani’s guardian angel, Raf, enters and exits.

I feel at a disadvantage having seen the original Sandbox production because that production was more bare and abstract and felt more suited to the children’s fantastical journey into the bloodstream, and later, into the universe in their search for God. It was youthful and it invited us into their imaginations and carried out by wonderful performances. In this new staging, the video projections undermined the children’s make-believe and gave it such a technological and contemporary feel when the play, set in the 90s, should have embraced its dated references and mindset.

The filled up stage felt crowded, and though one audience member behind me said it felt more intimate, I felt that it didn’t give the actors enough room to really play out their scenes. 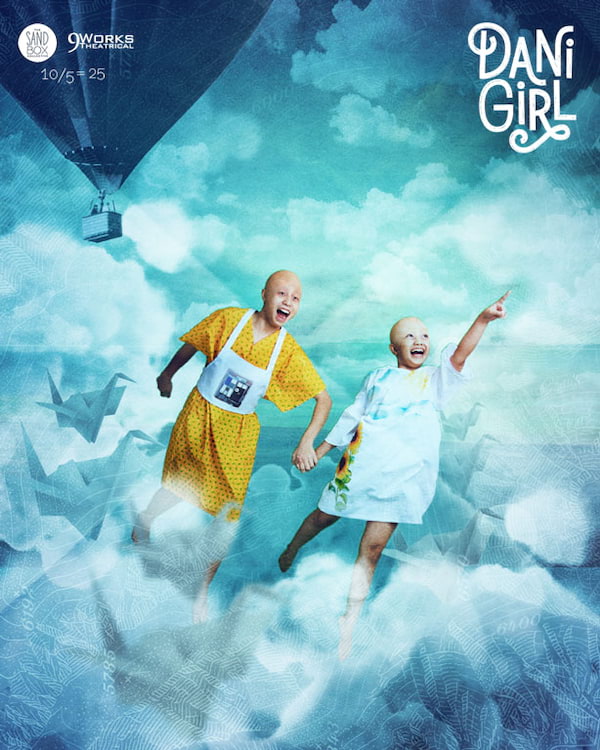 I feel very conflicted. There are two casts involved in the staging. One cast is filled with members of the original production such as Rebecca Coates, Luigi Quesada, Lorenz Martinez, and Sheila Valderrama-Martinez, whom I have all seen before in the original staging. So I came to see the younger, newer cast played by Felicity Kyle Napuli, Daniel Drilon, Julienne Mendoza, and Pam Imperial.

Of the new cast, Napuli certainly shines as she fills the stage with her infectious energy and her gorgeous singing voice. She is in a totally different level from the rest of her cast that she forces them to catch up to her and it shows.

The audience I was with were enjoying themselves, laughing at all the jokes, and crying as Napuli sings the gorgeous ‘Requiem for Mr. Fritz’ and Imperial belts out ‘The Sun Still Rose,’ which is always a winner. It didn’t hit me as hard, having not shaken off the original production I saw five years ago, but when that ending finally comes, I’m in my seat, tears building in my eyes, and sniffling.

There’s still magic in this musical and its carried by Napuli’s whole-hearted dedication to the role. This is not easy material but it packs a wallop if you let it in.

Far from sitting back and letting her leukemia take over, nine-year old Dani sets off on a whimsical quest to find her hair and figure out the answer to the question, “Why is cancer?”
0 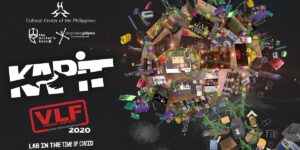 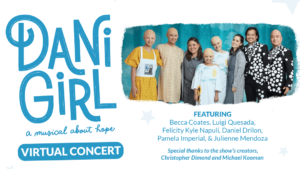 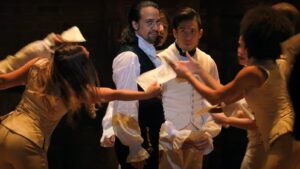