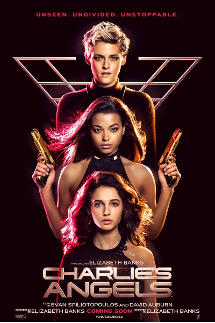 I thought I'd give it a chance despite the bad reviews. I'm such a fan of their 2000's movies... but this was way far too different version. I appreciate the beautiful setting and some twist they put in but the actors were inappropriate. The new face-Ella Balinski did good though. But she's the only one who can actually kick ass! Kirsten's action scenes were lame. She couldn't even pull off a decent stunt. Also, found some dragging scenes. The credits though. Looks like it will have a sequel. Hopefully one that can really live up to Drew, Cameron and Lucy's epic team-up.