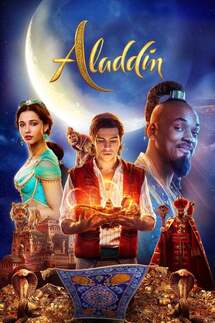 I saw it in cartoons and I thought there could never be more in this live feature. It started so well, great story telling. Never a dull moment. I hoped Princess Jasmine’s solos were better executed, though. Graphic effects were so clean, visuals were so majestic.

Best parts:
1. Ofcourse, the magic carpet ride + a whole new world
2. Genie introducing Prince Ali
3. Genie gets to have a love team
4. Prince Ali cool dance moves + Princess Jasmine doing the Belly Dancing + their partnered dance
5. The part where Genie was more human and had a better back story
6. A woman gets to be a sultan. A woman’s voice should be heard.

Many lessons learned.
So many great lines in the story. Love gets to be more meaningful if it’s sincere and and made up of honesty. And lastly, you may look the part, but what’s inside is what matters most.