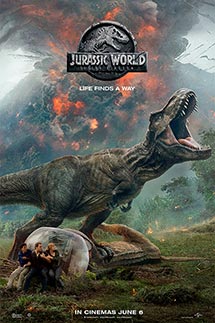 They definitely left the island. Leaving the island means leaving nostalgia of the 90s behind. Sad, but necessary. I loved that they included the most number of dinosaurs in a Jurassic movie. I just felt something was not fulfilled with the indoraptor. Unlike its predecessor, the indominus rex, which received a spectacular finish. I hated the sad moments especially that scene with the last brachiosaurus in the island.