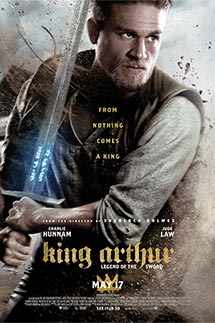 Storytelling is fast paced which ensures that the audience isn't going to fall asleep, given that this story has been told so many times over the years. Most of the characters are sketchy and interesting, that they could have definitely been explored more. Very impressive CGI. Arthur's reluctance in accepting his destiny is downright annoying. I like its medieval gangster take on a fantasy film, it's like LOTR meets Ocean's Eleven. I would suggest to go see it yourself as I'm a bit on the fence about this film.