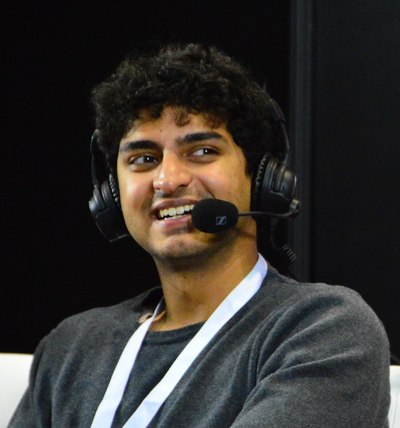 Karan Soni is an American actor of Indian origin, known for his roles in the films Safety Not Guaranteed and Deadpool. He also starred in Betas, Yahoo Screen original series Other Space, and Blunt Talk.

In 2013, Soni was cast in the Amazon Studios original series Betas. The series was cancelled after only a season. In 2014, Soni appeared in commercials for AT&T. In 2015, Soni appeared in Other Space, a series created by Paul Feig, as Captain Stewart Lipinski. The series was also cancelled after a season. That same year he appeared in episodes of Melissa and Joey, The Goldbergs, and 100 Things to Do Before High School. Also in 2015, Soni also began starring in Blunt Talk, opposite Patrick Stewart, as Martin. The series was renewed for a second season, which premiered in 2016.

In 2016, Soni appeared in Deadpool as a taxi driver named Dopinder and in Ghostbusters as a delivery man named Benny.