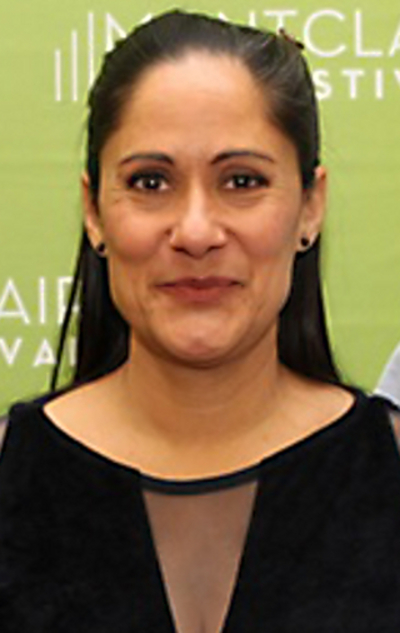 Jaffrey was born in New York City, New York, the youngest daughter of Indian-born parents, actress and food and travel writer Madhur Jaffrey and actor Saeed Jaffrey. Her parents divorced when she was three years old, and she grew up estranged from her father, who subsequently moved to the United Kingdom. She graduated from Vassar College in 1984. She studied Mandarin Chinese at the college, originally planning to be a translator before she became an actress.

Jaffrey appeared with her father in the film Masala (1991) and with her mother in The Perfect Murder (1988). In 2002, she appeared in The Truth About Charlie starring Mark Wahlberg. With her son Cassius Wilkinson and daughter Jamila Wilkinson, she appeared in Raising Helen (2004) and in The Ode (2008).

She stars as Linda Vasquez, the White House Chief of Staff, in the Netflix series House of Cards (2013). In 2014, it was announced that she would be appearing in the second season of Fox's television series Sleepy Hollow as Leena Reyes, the new sheriff.

In 2016 and 2017, she starred in the NBC TV show Timeless as an FBI agent named Denise Christopher.