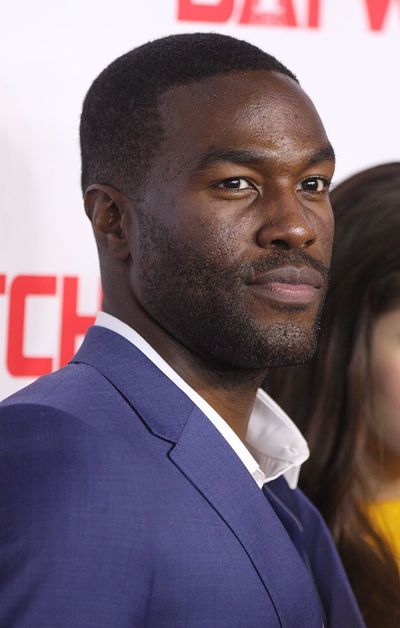 Yahya Abdul-Mateen II is an American actor, best known for his role Cadillac in the television series The Get Down. He also starred in 2017's Baywatch and The Greatest Showman, and will appear in DC's Aquaman.

Abdul-Mateen was born in 1987 to a Muslim father and a Christian mother, he spent his childhood in the Magnolia Projects, New Orleans, Louisiana, and then moved to Oakland, California. He graduated in architecture from the University of California, Berkeley and then worked as a city planner in San Francisco. He always wanted to be an actor, so later he got his degree in Master of Fine Arts from the Yale School of Drama and worked at stage in some theaters.

In 2016, Abdul-Mateen began his career with the Baz Luhrmann's musical drama series The Get Down, which premiered on Netflix. His character Clarence "Cadillac" Caldwell is a prince of the disco world. He was praised for his role in the series.

In 2017, Abdul-Mateen appeared in Shawn Christensen's drama film Sidney Hall, in the role of Duane. It premiered at the 2017 Sundance Film Festival.

Abdul-Mateen will next be seen in the road trip drama film Boundaries along with Vera Farmiga and Christopher Plummer, directed and written by Shana Feste. He has played the role of a cop, Garner Ellerbee, in the action comedy film Baywatch along with Dwayne Johnson and Zac Efron, directed by Seth Gordon, and scheduled to be released on May 26, 2017. He will also star in the film The Greatest Showman along with Hugh Jackman and Michelle Williams, about the famous American showman, P.T. Barnum, in which he would play WD Wheeler, a smart hand-to-hand acrobat partner.

In January 2017, Abdul-Mateen was cast as the DC Comics villain Black Manta in the film Aquaman, which will start shooting in April in Australia.