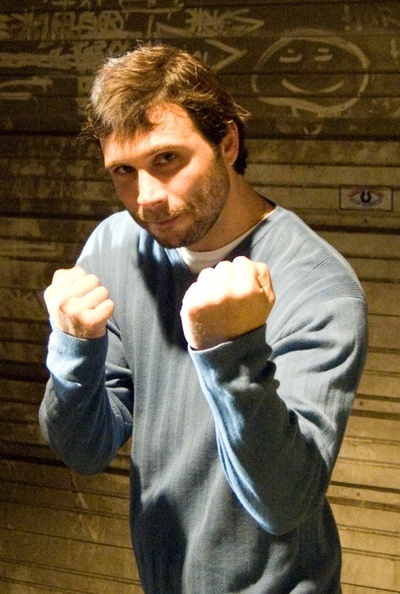 Jeremy Merton Sisto (born October 6, 1974) is an American actor, producer, and writer. Sisto has had recurring roles as Billy Chenowith on the HBO series Six Feet Under (2001–05), and as NYPD Detective Cyrus Lupo on NBC's drama series Law & Order (2008–10). He also starred in the comedy Clueless (1995), the biblical miniseries Jesus (1999), the drama Thirteen (2003), and the horror film Wrong Turn (2003). In 2004, he starred as bigoted baseball player Shane Mungitt in Take Me Out, for which he was nominated for a Los Angeles Drama Critics Circle Award for Featured Performance in a Play. In 2006, he starred in the play Festen on Broadway.

From 2011 until its ending in 2014, he starred as George Altman in the ABC sitcom Suburgatory, for which he was nominated for a Critics' Choice Television Award for Best Actor in a Comedy Series. Sisto co-wrote the screenplay for the comedy film Break Point (2014) in which he also starred. In 2015, he starred in A&E's The Returned, an adaptation of the French series of the same name.

Sisto was born in Grass Valley, California, the son of Reedy Gibbs, an actress, and Richard "Dick" Sisto, a jazz musician and educator. Sisto has an older sister, Meadow Sisto, who is an actress mostly known for playing Caroline in the 1992 film Captain Ron. Sisto's parents divorced and his father was remarried to fabric artist Penny Sisto. Sisto lived with his mother and sister, and has said that his father's absence made parenting his own son more difficult. He was raised in the lower Sierra Nevada Mountains, before moving to Chicago at age seven. He attended Hayfield Montessori School in Louisville Kentucky for first grade, then Francis W. Parker School and worked with local theater companies Cherry Street Theater and the Absolute Theater Company. Sisto appeared in the film Grand Canyon while attending high school. After studying at the University of California, Los Angeles (UCLA), he began acting full-time.

Sisto made his acting debut in the 1991 drama film Grand Canyon, starring Kevin Kline and Steve Martin. He followed this with roles in the television films Desperate Choices: To Save My Child (1992) and The Shaggy Dog (1994). In his early film and television career, Sisto played a killer in Hideaway (1995); a rich teen in Clueless (1995); a twenty-something kidnapper in Suicide Kings (1997); Olympic gold medalist long-distance runner Frank Shorter in Without Limits (1998); Jesus Christ in the CBS miniseries Jesus (1999); and a widowed filmmaker in This Space Between Us (1999). He has also starred in the films Moonlight and Valentino (1995), White Squall (1996), Bongwater (1997), Some Girl (1998), and Playing by Heart (1998). In 1996, Sisto screen tested for the character of Jack Dawson in the James Cameron film Titanic alongside Kate Winslet, but ultimately lost out on the role to Leonardo DiCaprio. In 1998, he portrayed Frederick W. Seward in the TNT television film The Day Lincoln Was Shot.

On August 30, 1993, Sisto married actress Marisa Ryan in Las Vegas when they were both 18 years old.[30] Sisto and Ryan separated two days later, but remained legally married until 2002. Their divorce was finalized on June 21, 2002.

On June 5, 2009, Sisto and girlfriend Addie Lane had their first child, a daughter named Charlie-Ballerina. Sisto and Lane married in a casual ceremony on October 13, 2009 at New York City Hall. On March 9, 2012, the couple had a second child, a boy named Bastian Kick Sisto. Sisto and his family live in a $2.45 million home in Laurel Canyon, Los Angeles. In 2011, BuddyTV ranked him #98 on its "TV's Sexiest Men" list.