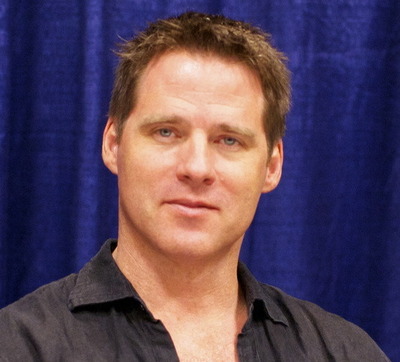 Robert Benedict "Ben" Browder (born December 11, 1962) is an American actor and writer, known for his roles as John Crichton in Farscape and Cameron Mitchell in Stargate SG-1.

Born in Memphis, Tennessee, Browder grew up in Charlotte, North Carolina. His parents were race car owners and operators. He attended Furman University in Greenville, South Carolina and graduated with a degree in psychology. He was a star player on the Furman football team. Browder met his wife, actress Francesca Buller, while studying at the Central School of Speech and Drama in London.

Browder appeared as a recurring guest on the U.S. television show Party of Five as Sam Brody in its 3rd season in 1997. Browder and Buller moved with their two children to Australia during the production of Farscape (1999–2003), on which Browder starred as American astronaut John Crichton. Buller played several guest roles on the show. The two returned to the United States in 2003 following the cancellation of Farscape. He has received two Saturn Awards for Best Actor In A Television Role for his acting in Farscape. He appeared in the 2004 movie A Killer Within, co-starring C. Thomas Howelland Sean Young. Also in 2004, he portrayed fellow actor Lee Majors in the made-for-TV film Behind the Camera: The Unauthorized Story of Charlie's Angels.

He returned to play John Crichton in the 2004 SciFi Channel mini-series Farscape: The Peacekeeper Wars. The mini-series wrapped up the remaining plotlines of Farscape, while leaving open the possibility of future adventures.