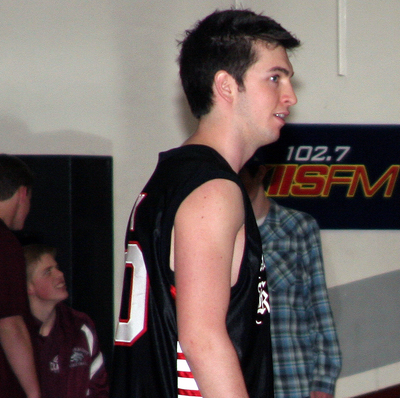 Nicholas Joseph "Nick" Braun (born May 1, 1988) is an American actor and musician.

Braun was born in Bethpage, New York, the son of Elizabeth Lyle and actor Craig Braun. In 2001, he made his acting debut in Walter and Henry, a "father-son" drama television film with an ensemble cast featuring John Larroquette, Kate Nelligan, Dorian Harewood, and James Coburn. He graduated from St. Mark's School in Southborough, Massachusetts in 2006.

Most famous for his role in the film Sky High as Zachary "Zach" Braun (a.k.a. Zach Attack!), Braun also played Zeke Thompson in Minutemen, a Disney Channel Original Movie. Braun appeared in an Original Disney Channel movie, Princess Protection Program which also stars Demi Lovato and Selena Gomez, where he portrayed Edwin "Ed" who is always behind the camera video-taping.

He played the regular role of Cameron on the ABC Family show 10 Things I Hate About You, until it was cancelled with its final episode airing on May 24, 2010. He appeared in The Secret Life of the American Teenager and currently portrays the character Cole Waters on the web series The LXD.

In 2012, Braun appeared twice with Nina Dobrev—in a Funny or Die comedy video, called SPF and as "Ponytail Derek", playing Dobrev's on-screen boyfriend in the film The Perks of Being a Wallflower.

He was also cast alongside Dakota Johnson in both Date and Switch and How to Be Single.

In 2015, he was featured on two tracks on Phantoms' debut EP, Broken Halo. He provided vocals on the title track and on "Voyeur".