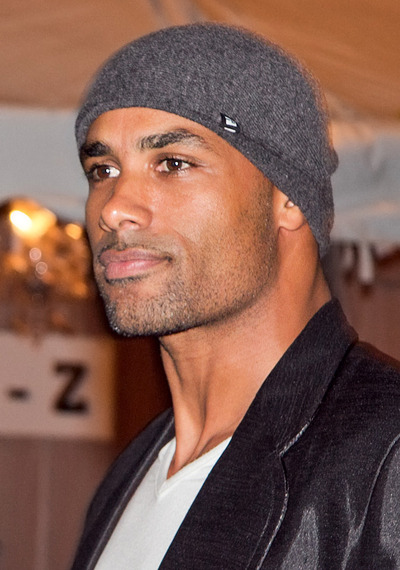 Boris Frederic Cecil Tay-Natey Ofuatey-Kodjoe (born 8 March 1973), better known as Boris Kodjoe, is an Austrian-born actor and former fashion model who works primarily in the United States. He is perhaps best known for his role as courier-turned-sports agent Damon Carter on the Showtime television drama series Soul Food and for his role as David Taylor in the film The Gospel. Additionally, he starred as Steven Bloom in the cancelled 2010 NBC action/drama series Undercovers, and as Luther West in the films Resident Evil: Afterlife and Resident Evil: Retribution.

Kodjoe was born in Vienna, Austria, the son of Ursula, a German psychologist, and Eric Kodjoe, a Ghanaian physician. His namesake is Russian poet and writer Boris Pasternak. Kodjoe's matrilineal great-grandmother was Jewish and died in the Holocaust; his maternal grandmother survived the war in hiding. Kodjoe's parents divorced when he was six years old and he grew up in the vicinity of Freiburg im Breisgau.

Kodjoe attended Virginia Commonwealth University on a tennis scholarship, and graduated with a bachelor's degree in marketing in 1996. A four-year letterman on the Rams' men's tennis team, he is currently ninth in school history with 75 career singles wins. Tied for third in doubles victories with 66, he was paired with Jonas Elmblad on 37 of them, also third all-time. His brother Patrick Kodjoe played for VCU's basketball team. A back injury ended Boris' tennis aspirations, but he was quickly signed as a model and soon after entered acting.

Named one of the "50 Most Beautiful People in the World" by People magazine in 2002, Kodjoe is perhaps best known as one of the seven regular cast members from the Showtime drama Soul Food, which aired from 2000 to 2004. He appeared in the 2002 film Brown Sugar and starred in the short-lived sitcom Second Time Around with his Soul Food co-star Nicole Ari Parker, whom he eventually married. He played the role of David Taylor, the wayward son of Pastor Fred Taylor in the October 2005 film The Gospel.

Kodjoe is fluent in French, English, and German, and speaks some Spanish. He has a brother named Patrick and a sister named Nadja.

Kodjoe married his Soul Food: The Series co-star Nicole Ari Parker on May 21, 2005 in Gundelfingen, Germany. She gave birth to their first child, a girl, Sophie Tei-Naaki Lee Kodjoe, on March 5, 2005. Sophie has spina bifida, which was diagnosed at birth. Parker gave birth to the couple's second child, a boy, Nicolas Neruda Kodjoe, on October 31, 2006. Kodjoe and his wife are members of Cascade United Methodist Church in Atlanta, Georgia. The family resides in Atlanta, after moving from Los Angeles, California.