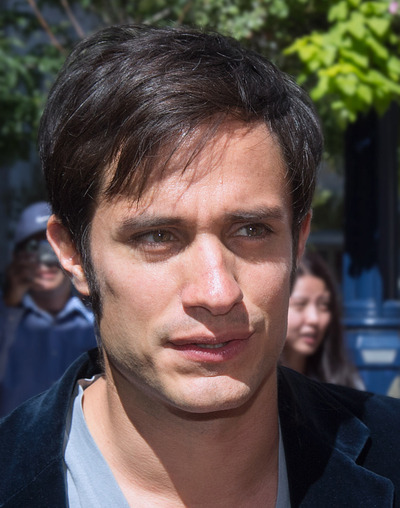 Gael García Bernal was born in Guadalajara, Mexico, the son of Patricia Bernal, an actress and former model, and José Ángel García, an actor and director. His stepfather is Sergio Yazbek, whom his mother married when García Bernal was young. He started acting at just a year old and spent most of his teen years starring in telenovelas. Garcia studied the International Baccalaureate, with chemistry being his favorite subject.[citation needed] When he was fourteen, he taught indigenous peoples in Mexico to read, often working with the Huichol people. At the age of 15, he took part in peaceful demonstrations during the Chiapas uprising of 1994.

He began studying philosophy at UNAM, Mexico's national university but, during a prolonged student strike, he decided to take a sabbatical to travel around Europe. He then moved to London, England and became the first Mexican accepted to study at the Central School of Speech and Drama.

García Bernal was becoming a soap opera heartthrob. At age 19, he left Mexico's television world to study acting at the Central School of Speech and Drama in London, the first person from Mexico to be accepted into the program. Briefly before this, he had begun to study philosophy at UNAM, Mexico's national university, before a strike closed the college and he left for London. Describing his time in London as 'life forming', he considered acting simply an 'odd job profession' until the Mexican director Alejandro González Iñárritu offered him a part in Amores Perros. His debut as a working-class dreamer in the Oscar-nominated Amores Perros was what first grabbed Hollywood's attention.

Subsequently, García Bernal starred in some of Mexico's most celebrated recent films, including 2001's Y tu mamá también (his first pairing with Diego Luna) El crimen del Padre Amaro (2002). He has also done some theatre work, including a 2005 production of Bodas de Sangre, by Federico García Lorca, in the Almeida Theatre in London.

García Bernal also portrayed Argentine revolutionary Che Guevara twice, first in the 2002 TV miniseries Fidel and then, better known, in The Motorcycle Diaries (2004), an adaptation of a journal the 23-year-old Guevara wrote about his travels across South America. García Bernal has worked for acclaimed directors including Pedro Almodóvar, Walter Salles, Alfonso Cuarón, Alejandro González Iñárritu, Michel Gondry, and Iciar Baillin, among others. He has taken on roles in English-language films, including the Gondry-directed The Science of Sleep, the Alejandro González Iñárritu's Babel, and The King, for which he earned rave reviews. He was nominated for a BAFTA in 2005 for Best Performance by an Actor in a Leading Role for The Motorcycle Diaries and, in 2006, was nominated for the Orange Rising Star award, which acknowledges new talents in the acting industry.

In 2007 he was also a member of the jury of the 57th Berlin International Film Festival.

Gael García Bernal was with his partner, Argentine actress Dolores Fonzi, from 2008 to 2014. They met on the set of "Vidas privadas" in 2001. They never married, contrary to media reports according to an interview given by Gael Garcia Bernal in Elle magazine. On Thursday, January 8, 2009, their son Lázaro was born in Madrid, Spain. Their daughter Libertad was born on April 4, 2011, in Buenos Aires, Argentina. The couple ended their relationship in September 2014. He divides his time between Buenos Aires and Mexico City.

Gael García Bernal helped to create the organization and film festival Ambulante A.C., which works to bring documentary films to places where they are rarely shown, and helped to create the Amnesty International Short Documentary Series Los Invisibles. For this work, he was awarded the Washington Office on Latin America's Human Rights Award in 2011.

He has described himself as "culturally Catholic but spiritually Agnostic".