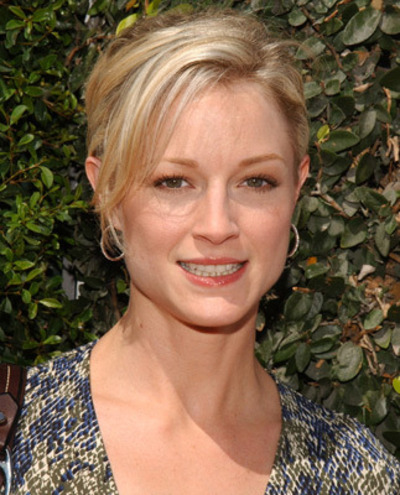 Theresa Elizabeth "Teri" Polo (born June 1, 1969) is an American actress known for her role of Pam Focker in the film Meet the Parents (2000) and its two sequels, Meet the Fockers (2004) and Little Fockers (2010). She was one of the stars in the sitcom I'm with Her, as well as the political drama series The West Wing.

Polo was born Theresa Elizabeth Polo in Dover, Delaware. Her mother, Jane (née Gentry), is a homemaker, and her father, Vincent Polo, is a stereo systems designer. She studied ballet for 12 years beginning at age five. By age 13, she was attending New York's School of American Ballet. After winning a modeling contest, she moved to New York City at the age of 17 to pursue an acting career. In April 1997, Polo married photographer Anthony Moore. In 2005, Polo and Moore were divorced. In 2006, while on the set of a video, she met drummer Jamie Wollam (of the bands Avion, Venice and recently Drake Bell). She has two children: a son with Moore, and a daughter with Wollam.

In February 2005, Polo appeared on the cover of, and posed nude in Playboy. The appearance was linked to the release of Meet the Fockers, with cover text that made similar plays on words such as “She's one hot Focker”. She was ranked #42 on the Maxim Hot 100 Women of 2002.