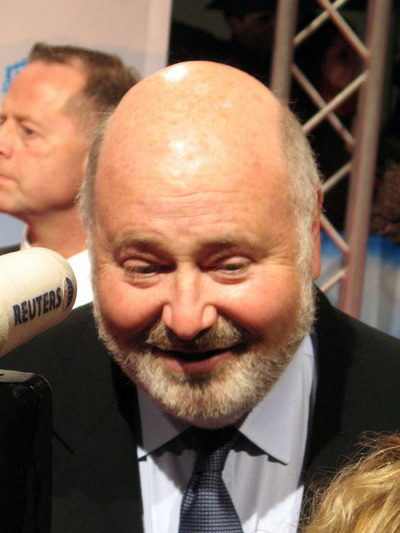 Robert Reiner (born March 6, 1947) is an American actor, director, producer, and activist. As an actor, Reiner first came to national prominence as Michael "Meathead" Stivic, son-in-law of Archie and Edith Bunker (played by Carroll O'Connor and Jean Stapleton), on All in the Family. That role earned him two Emmy Awards during the 1970s. As a director, Reiner was recognized by the Directors Guild of America (DGA) with nominations for Stand by Me, When Harry Met Sally..., and A Few Good Men. He also directed Misery, The Princess Bride and This Is Spinal Tap. He studied at the UCLA Film School.

Reiner was born to a Jewish family in The Bronx, New York, and is the son of Estelle Reiner (née Lebost), an actress, and Carl Reiner, a comedian, actor, writer, producer, and director. As a child, Reiner lived on Bonnie Meadow Lane in New Rochelle, New York, the same street address as the fictional Petrie family in The Dick Van Dyke Show created by Rob's father, Carl Reiner.

Reiner began his career writing for the Smothers Brothers Comedy Hour in 1968 and 1969. A few years later, Reiner became famous playing Michael Stivic, Archie Bunker's liberal son-in-law, on Norman Lear's 1970s sitcom All in the Family, which was the most-watched television program in the United States for five seasons (1971–1976). The character's nickname became closely associated with him, even after he had left the role and went on build a high-profile career as a director. Reiner has stated, "I could win the Nobel Prize and they'd write 'Meathead wins the Nobel Prize'."

Beginning in the 1980s, Reiner became known as a director of successful Hollywood films. Some of these films—The Princess Bride, Stand by Me, and This Is Spinal Tap— remain highly popular with fans.

Reiner was introduced to his future wife, photographer Michele Singer, while directing When Harry Met Sally. That meeting not only resulted in him deciding to change the ending of that movie, but he also eventually married Singer in 1989. They have three children.