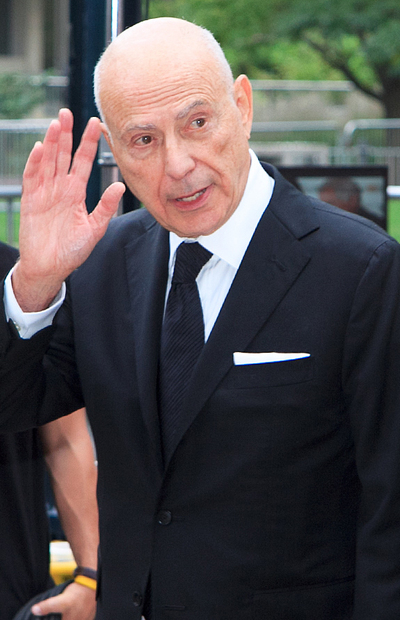 Alan Wolf Arkin (born March 26, 1934) is an American actor, director and screenwriter known for his performances on stage and screen. Throughout his career spanning over six decades, he has received various accolades, including an Academy Award, two Screen Actors Guild Awards, a British Academy Film Award, a Golden Globe Award, and a Tony Award.

He is also known for his roles in television including his performances as Leon Felhendler in Escape from Sobibor (1987), and as Harry Rowen in The Pentagon Papers (2003) which he earned Primetime Emmy Award for Outstanding Lead Actor in a Limited or Series or Movie nominations. From 2015 to 2016 he voiced J.D. Salinger in the Netflix animated series BoJack Horseman. From 2018 to 2019 he starred in the Netflix comedy series The Kominsky Method, earning two consecutive Primetime Emmy Award for Outstanding Supporting Actor in a Comedy Series nomination.