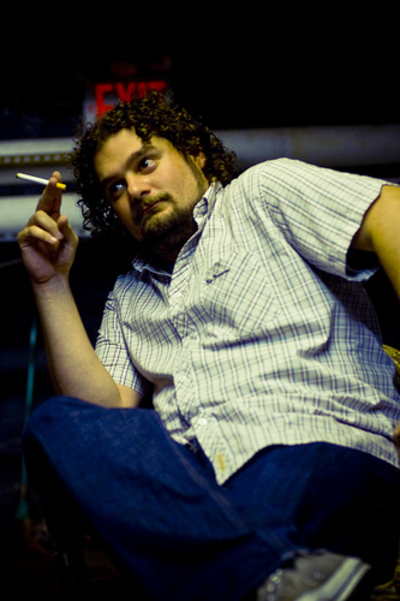 Robert "Bobby" Moynihan (born January 31, 1977)[1] is an American actor, voice actor, and comedian, best known for his work on Saturday Night Live, where he has been a cast member since 2008.

Moynihan was born and raised in Eastchester, New York, to parents Julie and Robert, Sr. He attended Eastchester High School and the University of Connecticut, from which he received a degree in theater.

Moynihan frequently performed with the Derrick Comedy sketch group and appeared in many of their popular internet videos and various projects. He also filmed a supporting role in the group's feature film Mystery Team, which premiered at Sundance in 2009 before a limited theatrical release.

In mid-2008, Moynihan had a supporting role in the popular web-series The Line, an online video project funded by Lorne Michaels' production company, directed by SNL head writer Seth Meyers, and starring SNL cast members Bill Hader and Jason Sudeikis. He acted as a sketch regular on Late Night with Conan O'Brien for a number of years and was a contributing writer on MTV's Human Giant, and in years past, he often submitted scripts to SNL with comedy partner Charlie Sanders. Moynihan has also acted in a number of comedy shorts for the website collegehumor.com, including their recent web-series Every Week on Entourage where he plays "Turtle" from Entourage.

During the summer of 2008, Moynihan gained a bit of recognition when he was featured in a national television ad campaign for ESPN Radio with Yankees broadcaster Michael Kay. In the summer of 2009, Moynihan starred in the music video for Colbie Caillat's single, "Fallin' For You". He also appeared in three of The Lonely Island's music videos; Boombox, Shy Ronnie 2 and Threw It On The Ground. He made a memorable guest appearance as the drug-addicted Conrad Bellingham on Mercy. He also appeared in the films The Invention of Lying, When in Rome, and Certainty. Moynihan also voiced the titular character in the FX animated comedy Chozen, which aired for one season in 2014. In 2015 he was a featured character, Lenny, in the romantic comedy film Slow Learners (original title Bad Boys, Crazy Girls). He also voices Panda in an animated Cartoon Network TV show that premiered in 2015 called We Bare Bears. In 2016, Moynihan appeared in a commercial for Pizza Hut's Bacon Stuffed Crust Pizza.