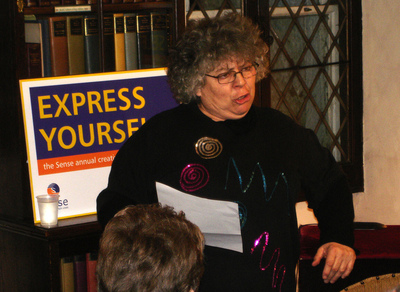 Miriam Margolyes, OBE (born 18 May 1941) is a British-born character actress and voice artist. Her earliest roles were in theatre and after several supporting roles in film and television she won a BAFTA Award for her role in The Age of Innocence (1993) and went on to play the role of Professor Sprout in the Harry Potter film series.

Margolyes was born in Oxford, Oxfordshire, England, the daughter of Ruth (née Walters; 1905-1974), a property investor and developer, and Joseph Margolyes (1899-1996), a physician from Glasgow. She grew up in a Jewish family, her parents are descendants of immigrants from Belarus. She attended the local Oxford High School, at which she also opened the new buildings in March 2011, and later Newnham College, Cambridge, where she read English. There, she began acting in her twenties, and also appeared in productions of the comedy troupe the Cambridge Footlights.

With her distinctive voice, Margolyes first gained recognition for her work as a voice artist. She recorded a soft-porn audio called Sexy Sonia: Leaves from my Schoolgirl Notebook. She performed most of the supporting female characters in the dubbed Japanese action TV series, Monkey. She also worked with the theatre company Gay Sweatshop and provided voiceovers in the Japanese TV series The Water Margin (credited as Mirium Margolyes).

Margolyes' first major role in a film was as Elephant Ethel in Stand Up, Virgin Soldiers (1977). In the 1980s, she made appearances in Blackadder opposite Rowan Atkinson: these roles include the Spanish Infanta in The Black Adder, Lady Whiteadder in Blackadder II and Queen Victoria in Blackadder's Christmas Carol. In 1986 she played a major supporting role in the BBC drama The Life and Loves of a She-Devil. She won the 1989 LA Critics Circle Award for Best Supporting Actress for her portrayal of Flora Finching in the 1988 film Little Dorrit. On American television, she headlined the short-lived 1992 CBS sitcom Frannie's Turn. In 1994 she won the BAFTA Award for Best Supporting Actress for her role as Mrs Mingott in Martin Scorsese's The Age of Innocence (1993).

Margolyes is openly gay and has been with her partner Heather for over 40 years. She described herself as "gay" rather than as lesbian and mentioned her relationships with women on several occasions when she appeared on BBC Radio 4's Desert Island Discs in September 2008. She has since described herself as a lesbian on the Graham Norton Show in June 2012. On becoming an Australian citizen, on Australia Day (26 January) 2013, Margolyes referred to herself as a 'dyke' live on national television and in front of Prime Minister Gillard. She is a campaigner for a respite care charity, Crossroads.