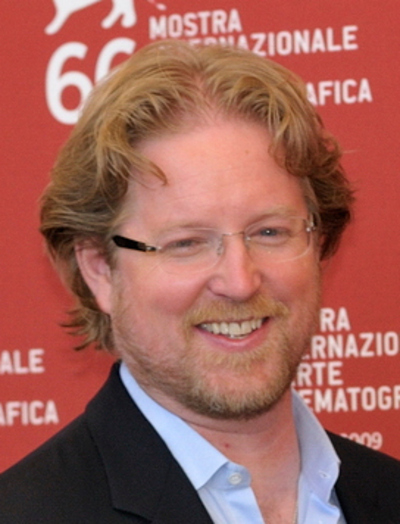 Andrew Stanton (born December 3, 1965) is an American film director, screenwriter, producer, and voice actor based at Pixar Animation Studios. His film work includes writing and directing Pixar's A Bug's Life (as co-director), Finding Nemo and WALL-E, and his first live-action film, John Carter. He also co-wrote every film of the Toy Story franchise and Monsters, Inc..

He is currently attached to direct the sequel to Finding Nemo, entitled Finding Dory, planned for 2015.

According to the book Outlaw Animation: Cutting-Edge Cartoons from the Spike and Mike Festivals by Jerry Beck, Stanton was also friends with famed animation promoters "Spike and Mike". In one particular instance Spike visited Stanton's home in a super hero costume calling himself "the Centaur". After frightening the neighborhood parents and captivating the imaginations of the children near an ice cream truck Stanton had to get Spike back inside before anyone alerted the authorities.

In an interview with World Magazine's Megan Basham, Stanton explained his singular vision for WALL-E: "What really interested me was the idea of the most human thing in the universe being a machine because it has more interest in finding out what the point of living is than actual people. The greatest commandment Christ gives us is to love, but that's not always our priority. So I came up with this premise that could demonstrate what I was trying to say—that irrational love defeats the world's programming. You've got these two robots that are trying to go above their basest directives, literally their programming, to experience love."

In addition to his direction and writing work for Pixar, he has also done some voice work, most notably Evil Emperor Zurg in Toy Story 2 and Crush, the laid back turtle in Finding Nemo.