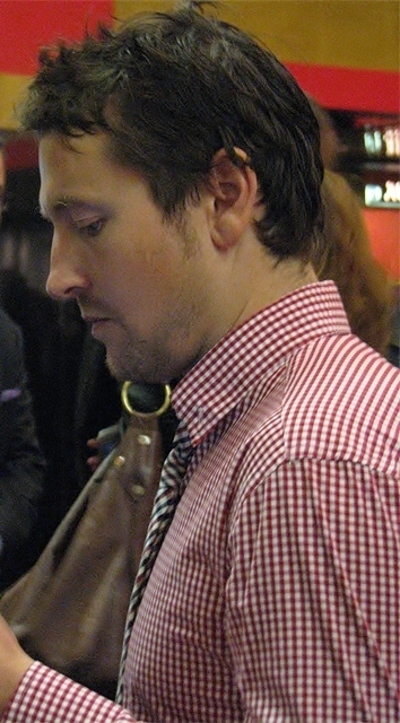 Leigh Whannell (born 17 January 1977) is an Australian screenwriter, producer, and actor, best known for his work on the Saw franchise.

Whannell was born in Melbourne, Australia, and believes that he inherited his love of storytelling from his mother and his fondness of filmmaking from his father (Whannell's father was a cameraman in the television industry).

In 2003, Whannell appeared in a minor role in The Matrix Reloaded, as well as the video game Enter The Matrix as the character "Axel".

While in film school, Whannell met James Wan, who would eventually go on to direct the horror film Saw (co-written by Wan and Whannell) in 2004. After making a short film to showcase the intensity of the script, the feature film was made and became a low-budget sleeper hit in late 2004. Whannell played Adam Stanheight in the film, one of the main characters. The popularity of Saw led to a sequel, Saw II, which was directed and co-written by Darren Lynn Bousman, and on which Whannell co-wrote and revised Bousman's original script, titled The Desperate. Whannell also served as an executive producer.

As of 2009, Whannell is married to the actress Corbett Tuck (cousin of actors Dennis Quaid and Randy Quaid). A photograph appeared on the Internet that depicts Whannell with a baby, and a Twitter post has claimed that the baby is the married couple's daughter and is named "Sabine Silver" (born in March 2013).