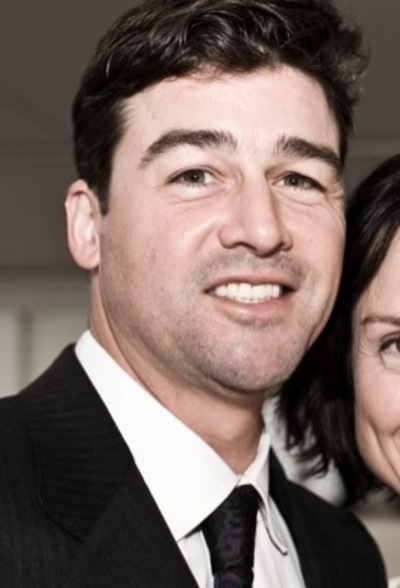 Kyle Martin Chandler (born September 17, 1965) is an American film and television actor best known for his role as Deputy Jackson Lamb in the film Super 8, and in the television shows Early Edition as Gary Hobson, Grey's Anatomy as Dylan Young, and as Coach Eric Taylor in Friday Night Lights, for which he won the Primetime Emmy Award for Outstanding Lead Actor in a Drama Series in 2011.

Chandler was born in Buffalo, New York, the fourth child of Edward Chandler, a farm owner and cigarette sales representative, and his wife, Sally J. (née Meyer), a dog breeder. He was raised in Chicago,Illinois, and at age 11 moved with his family to a farm in Loganville, Georgia. Chandler graduated from George Walton Academy, in nearby Monroe, in 1983. As a freshman at Walton, Chandler was a member of the 1979 state championship football team, but left the following year, after his father died in a car crash. Chandler participated in the theatre program at Walton after quitting football. Chandler's widowed mother also opened a kennel to support Kyle and his siblings.

After graduating from high school, Chandler attended the University of Georgia, where he was a drama major and member of the Sigma Nu fraternity. In 1988, seven credits short of a bachelor's degree in drama, Chandler dropped out of Georgia to pursue a television deal.

Chandler was signed by an ABC scout in 1988 on a talent search. His first major role on television was as Army Private William Griner as a member of a special operations squad fighting in Vietnam in the series Tour of Duty. After that, he went on to play Cleveland Indians rightfielder Jeff Metcalf in the ABC show Homefront, a drama set in the post-World War II era in the fictional town of River Run, Ohio. In his next television role, Kyle moved from the past to play a man who had the ability to change future disasters as the central character in the CBS television series Early Edition. He portrayed bar owner Gary Hobson, a stockbroker turned hero who received "tomorrow's newspaper today", delivered to his door by a mysterious cat. In 1996 he received the Saturn Award for Best Actor on Television for his portrayal of Gary.

Chandler is married to Kathryn Chandler, a television writer; the couple has two daughters and since 2007 have lived in Dripping Springs, Texas, southwest of Austin. For nearly 20 years, after beginning his acting career in the late 1980s, Chandler lived in Los Angeles.