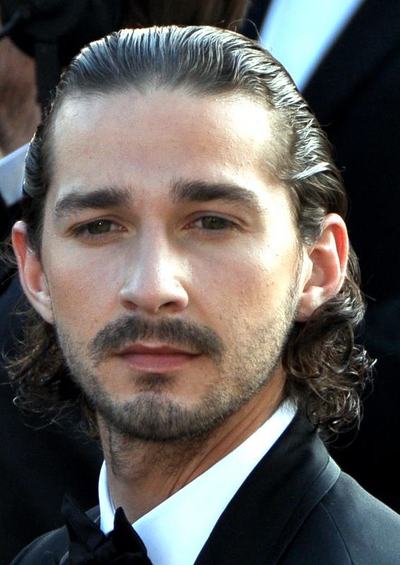 Shia Saide LaBeouf (born June 11, 1986) is an American actor who became known among younger audiences as Louis Stevens in the Disney Channel series Even Stevens. LaBeouf received a Young Artist Award nomination in 2001 and won a Daytime Emmy Award in 2003 for his role. He made his film debut in Holes (2003), based on the novel of the same name by Louis Sachar. In 2004, he made his directorial debut with the short film Let's Love Hate and later directed and shot the music video for "I Never Knew You" by rapper Cage and Kid Cudi.

In 2007, LaBeouf starred in the lead role of the commercially successful films, Disturbia, and Surf's Up. The same year he was cast in Michael Bay's science fiction film Transformers as Sam Witwicky, the main protagonist of the series. Despite mixed reviews, Transformers was a box office success and one of the highest grossing films of 2007. LaBeouf later appeared in it sequels Transformers: Revenge of the Fallen (2009) and Transformers: Dark of the Moon (2011), both also a box office success. In 2008, he played Henry "Mutt Williams" Jones III in Indiana Jones and the Kingdom of the Crystal Skull, the fourth film in the Indiana Jones franchise. The film was a critical and commercial success. His other films include Wall Street: Money Never Sleeps (2010), Lawless (2012), The Company You Keep (2012) and Nymphomaniac (2013).

LaBeouf was born in Los Angeles, California, as the only child of Shayna (née Saide) and Jeffrey Craig LaBeouf. His mother is a dancer and ballerina turned visual artist and clothing jewelry designer. His father is a Vietnam War veteran who had numerous jobs. LaBeouf's mother is Jewish, and LaBeouf's father, who is of Cajun (French) descent, is from a Christian background. LaBeouf has stated that he was raised around "both sides"; he had a Bar Mitzvah, and was also baptized in the Angelus church. One of the camps he attended was Christian. His first name is derived from Hebrew שי יה shai Yah, meaning 'gift of God'.

LaBeouf has described his parents as "hippies", his father as "tough as nails and a different breed of man", and his upbringing as similar to a "hippy lifestyle", stating that his parents were "pretty weird people, but they loved me and I loved them." During his childhood, he accompanied his father to meetings of Alcoholics Anonymous. LaBeouf has also said he was subjected to verbal and mental abuse by his father, who once pointed a gun at his son during a Vietnam War flashback. LaBeouf has stated that his father was "on drugs" during his childhood, and was placed in drug rehabilitation for heroin addiction, while LaBeouf's mother was "trying to hold down the fort." His parents eventually divorced, mainly due to financial problems,[15] and LaBeouf had what he has described as a "good childhood", growing up poor in Echo Park with his mother, who worked selling fabrics and brooches. LaBeouf's uncle was going to adopt him at one stage because his parents could not afford to have him anymore and "they had too much pride to go on welfare or food stamps." As a way of dealing with his parents' divorce, he would perform for his family, mimicking his father. LaBeouf remains close to and financially supports both of his parents.

He attended 32nd Street Visual and Performing Arts Magnet in Los Angeles (LAUSD) and Alexander Hamilton High School, although he received most of his education from tutors. In an interview, LaBeouf said that, looking back on his childhood, he feels grateful and considers some of those memories scars.

When LaBeouf was 19, after a neighbor in his Studio City apartment complex had allegedly insulted his mother and rear-ended her car, LaBeouf brought a knife, and a friend for backup, to the neighbor's apartment, which resulted in LaBeouf being assaulted by the neighbor and six of the neighbor's friends.

Prior to acting, LaBeouf practiced comedy around his neighborhood as an "escape" from a hostile environment. At age 10, he began performing stand-up at comedy clubs, describing his appeal as having "disgustingly dirty" material and a "50-year-old mouth on the 10-year-old kid." He subsequently found an agent through the Yellow Pages and was taken on after pretending to be his own manager. LaBeouf has said that he initially became an actor because his family was broke, not because he wanted to pursue an acting career, having originally gotten the idea from a child actor he met who had things he wanted.

In the early 2000s, LaBeouf became known among young audiences after playing Louis Stevens on the Disney Channel weekly program Even Stevens, a role that later earned him a Daytime Emmy Award. He has said that "[he] grew up on that show" and being cast was the "best thing" that happened to him. In the next several years, he appeared in the well-received film adaption Holes (2003). In 2005 he co-starred in Constantine, playing the role of Chas Kramer, with Keanu Reeves in the starring role. LaBeouf made his directorial debut with the short film Let's Love Hate with Lorenzo Eduardo. He has played real-life people, including golfer Francis Ouimet and the younger version of Dito Montiel in A Guide to Recognizing Your Saints (2006).

LaBeouf starred in Disturbia, a thriller released on 13 April 2007, as a teenager underhouse arrest who suspects that his neighbor is a serial killer, which he considered a "character-driven" role. He received positive reviews for the role, with The Buffalo News saying, he "is able to simultaneously pull off [the character's] anger, remorse and intelligence". He hosted Saturday Night Live on April 14, and on May 10, 2008. He next played Sam Witwicky, who becomes involved in the Autobot-Decepticon war on Earth, in Transformers.

From 2004 to 2007, LaBeouf dated China Brezner, whom he met on the set of The Greatest Game Ever Played. They broke up because he became too busy with his work to put any time into the relationship, and he described the break-up as being like "rebuilding after a tornado." He dated English actress and Wall Street: Money Never Sleeps co-star Carey Mulligan from August 2009 to October 2010; they were introduced by the film's director, Oliver Stone, prior to filming and began dating shortly after. Of that relationship he said: "I still love her. I think she's a fucking awesome person and an incredible actress. We're still pals. I wouldn't take any of it back, and I don't think she would either. It just ran its course."