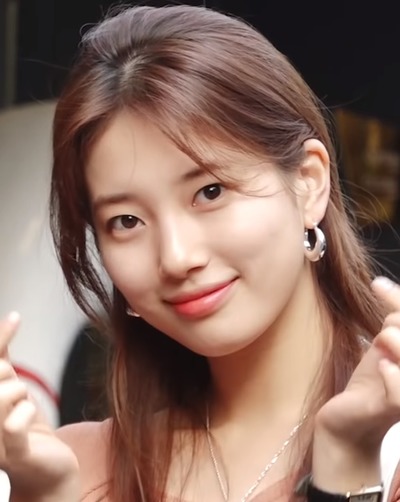 Bae Su-ji (Korean: 배수지; born October 10, 1994), better known by the mononym Suzy, is a South Korean actress, singer, songwriter and model. She was a member of the girl group Miss A under JYP Entertainment. She rose to fame with her roles in television series Dream High and Gu Family Book.

Suzy was born in Buk District, Gwangju, South Korea on October 10, 1994, to Bae Wan-young and Jeong Hyun-sook. She has an older sister, Bae Su-bin, and a younger brother, Bae Sang-moon. She attended School of Performing Arts Seoul and graduated in 2013. Before debuting, she was an online shopping model.

In 2009, she auditioned for Mnet Superstar K and made it through the preliminary round but she was ultimately eliminated. However, she caught the attention of a scout from JYP Entertainment and soon became a trainee.

In March 2010, Suzy joined fellow members Fei, and Jia to form the group miss A. The three began their first official promotional activities in China as a group by signing up with the Samsung Electronics group in China. The group released a song used for the commercial called "Love Again" for the Samsung Beat Festival. The song was written by Korean composer Super Changddai, and the music video was directed by Hong Won-ki. The group was later joined by a fourth member, Min.

The four piece girl group eventually made their debut in July 2010 through JYP Entertainment, with the single "Bad Girl Good Girl".

In October 2010, Suzy became the fixed host for MBC Show! Music Core alongside Minho and Onew, both members of Shinee, and Jiyeon, of T-ara. Suzy later hosted other events such as the Seoul Music Awards, Golden Disc Awards, and Mnet 20's Choice Awards where she won an award under the category "Hot New Star of 2011". Since then, Suzy continues to host many events from music shows to major award ceremonies.

Apart from her group activities, Suzy also ventured into acting. She made her acting debut in the music teen drama Dream High, which aired on KBS from January 3 to February 28. Suzy also released an OST for the drama, titled "Winter Child". The drama was a local success, earning high viewership ratings during its two-month run; and also gained popularity in other countries. At the KBS Drama Awards, Suzy won the Best New Actress award as well as Best Couple award with co-star Kim Soo-hyun. Suzy also became a cast member in KBS TV reality show Invincible Youth 2. The show began filming its first episode on October 19 and aired on November 11.

Suzy made her movie debut in the film Architecture 101 (2012) playing the younger version of the female protagonist. Architecture 101 was one of the ten most-watched films in Korea in the first quarter of 2012, and achieved over 4.1 million admissions nine weeks after its theater release; a new box-office record set for Korean melodramas. The same year, Suzy played a supporting role in KBS drama Big, written by the Hong sisters, alongside Gong Yoo and Lee Min-jung.

In May 2014, Suzy was cast in the film The Sound of a Flower (2015) as Jin Chae-sun, Korea's first female pansori singer. The movie depicts the struggle of a singer who is not allowed to perform in the public because of her gender during the Joseon era. To prepare herself for the role, Suzy received training in pansori for a year. The same year, Suzy collaborated with Taiwanese singer-actor Show Lo in the single "Together In Love", featured in his album Reality Show.

In January 2016, Suzy released a digital single titled "Dream" with Exo's Baekhyun. The song debuted at number one on Gaon's weekly digital chart and proceeded to win the "Best Collaboration" award at the Mnet Asian Music Awards. She then starred in the romance melodrama Uncontrollably Fond with Kim Woo-bin. Suzy released two OSTs for the drama, including a self-composed song. In September 2016, Suzy's wax figure at Madame Tussauds Hong Kong went on display. She is the first Korean female celebrity to receive a wax-likeness of herself at Madame Tussauds.

In early 2017, Suzy made her debut as a solo artist with the album titled Yes? No?. Her pre-release single "Pretend" was released on January 17 and achieved an all-kill on music charts. The title track, "Yes, No, Maybe" was released a week after, on January 24, 2017. In February 2017, Suzy released a duet with singer Park Won, titled "Don't Wait for Your Love". Suzy then returned to television, starring alongside Lee Jong-suk in the fantasy thriller drama While You Were Sleeping which premiered in September 2017. On December 27, following the announcement of Min's departure, JYP Entertainment announced that Miss A had disbanded. Suzy renewed her contract with JYP Entertainment.

On March 31, 2019, Suzy left JYP Entertainment following the expiration of her contract. She then signed a contract with acting agency Management SOOP. The same year, she starred in the spy-action drama Vagabond, playing a secret agent.

In 2020, Suzy is set to star in the action film Mount Baektu, playing the role of Ha Jung-woo's wife.

Following her appearance in the film Architecture 101, she was hailed as Korea's Icon of First Love for her natural acting and innocent charm. She also became one of the most in-demand endorsers in South Korea, and has been hailed a "CF Queen" due to numerous endorsement deals ranging from cosmetics, apparel, up to basic commodities like sugar. She made more than 10 billion won in 2013 with more than 14 endorsement deals in one year. 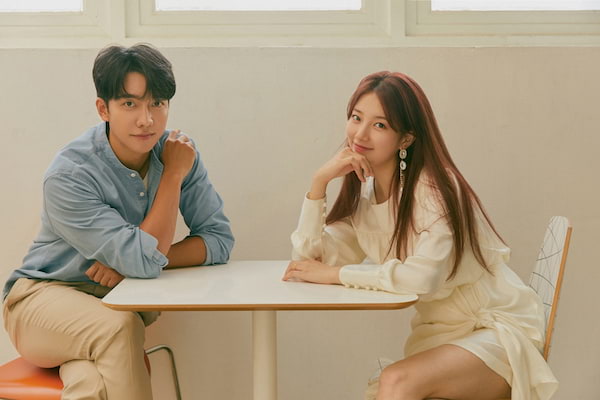