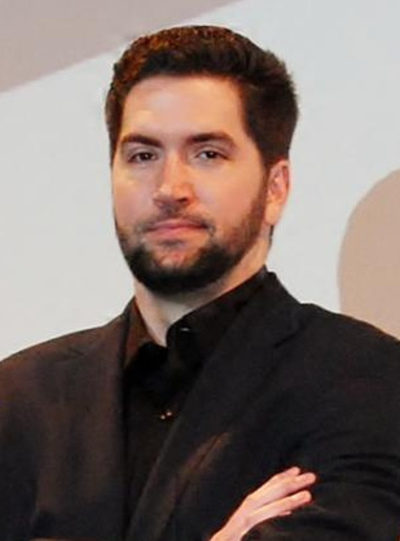 Andrew Brion Hogan Goddard (born February 26, 1975) is an American film and television screenwriter, director, and producer. He began his career as a writer on acclaimed television series, such as Buffy the Vampire Slayer, Alias, and Lost. He also created the Netflix superhero series Daredevil.

Goddard received further recognition for writing the successful monster horror film Cloverfield (2008) and the action horror film World War Z (2013). Goddard then wrote the screenplay for the acclaimed science fiction film The Martian (2015), for which he won the National Board of Review Award for Best Adapted Screenplay and received a nomination for the Academy Award for Best Adapted Screenplay.

Goddard co-wrote and made his directorial feature film debut with the horror-comedy film The Cabin in the Woods (2012). He also directed, wrote and produced the mystery thriller film Bad Times at the El Royale (2018).

Goddard was born in Houston, Texas and was raised in Los Alamos, New Mexico, the son of Colleen Mary (Hogan), a teacher, and Dr. Laurence Woodbury Goddard.

Buffy the Vampire Slayer and Angel

Goddard started his career as a staff writer for Buffy the Vampire Slayer and Angel, receiving a Hugo Award for Best Dramatic Presentation for the former.

In 2005, he joined J. J. Abrams' Bad Robot team, where he wrote for both Alias and Lost, winning—along with the Lost writing staff—the Writers Guild of America (WGA) Award for Best Dramatic Series. In 2006, during its third season, Goddard became the co-executive producer of Lost.

By February 2007, Goddard wrote his first feature in, Cloverfield, directed by Matt Reeves and produced by J. J. Abrams. Cloverfield made $168 million on a $25 million budget. Empire named it the fifth best film of 2008, and the film then went on to win the year's Saturn Award for "Best Science Fiction Film".

The Cabin in the Woods

Goddard's directorial debut, The Cabin in the Woods, was co-written with Joss Whedon. The Cabin in the Woods was featured on Metacritic's best films of 2012 list, in addition to earning a 92% approval rating on Rotten Tomatoes. The film would go on to win the year's Saturn Award for "Best Horror or Thriller Film", as well as garnering Goddard Saturn's "Filmmaker Showcase Award".

In 2013, Goddard—in addition to J. Michael Straczynski, Matthew Michael Carnahan and Lost showrunner Damon Lindelof—wrote the screenplay for the film World War Z starring Brad Pitt and directed by Marc Forster. The film grossed $540 million on a $190 million budget. As a result, in June 2013, Paramount announced that it was moving ahead with a sequel.

Daredevil and The Defenders

In December 2013, Marvel officially announced that Goddard would be the executive producer and showrunner for the Daredevil television series produced by Marvel Television and broadcast on Netflix in 2015. Sony Pictures also announced that Goddard would write and direct a film based on the Sinister Six, though the project was eventually cancelled. In May 2014, Goddard withdrew from showrunning duties on the Daredevil TV series. In February 2015, after the deal between Marvel and Sony to share the rights to Spider-Man was announced, it was reported that Goddard was in talks with Sony to helm the new Spider-Man reboot film, although it was later announced that Jon Watts would be the director. Goddard also executive produced and co-wrote an episode of the miniseries The Defenders. The series featured a team-up of the Marvel Television superheroes, including Daredevil. It was released on Netflix in August 2017.

Goddard wrote the film adaptation of Andy Weir's debut novel The Martian, initially planning to direct it himself for 20th Century Fox. He later left the project when offered a chance to direct Sinister Six, a now-canceled comic book adaptation based on a team of supervillains. The Martian was instead directed by Ridley Scott, and received wide critical acclaim. Goddard himself received an Academy Award nomination for Best Adapted Screenplay.

Bad Times at the El Royale

In 2017, it was announced that Goddard would direct and write the upcoming superhero film X-Force. The film will feature multiple superheroes, including Deadpool and Cable, whom Goddard previously wrote for as a script consultant on Deadpool 2 (2018).