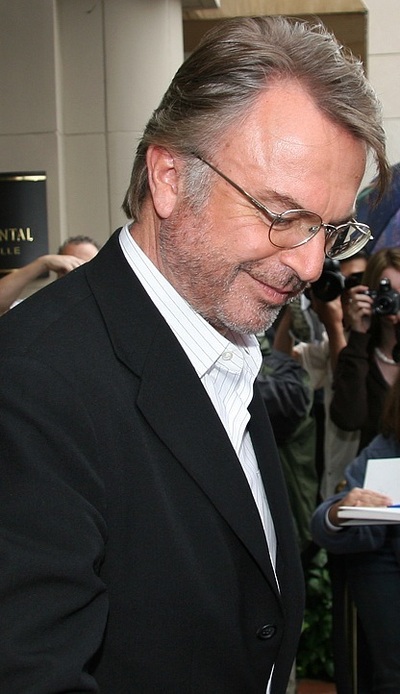 Nigel John Dermot "Sam" Neill, DCNZM, OBE (born 14 September 1947) is a New Zealand actor who first achieved leading roles in films such as Omen III: The Final Conflict and Dead Calm and on television in Reilly, Ace of Spies. He won a broad international audience in 1993 for his roles as Alisdair Stewart in The Piano and as Dr. Alan Grant in the blockbuster Jurassic Park, a role he reprised in 2001's Jurassic Park III. Neill also had notable roles in Merlin, The Hunt for Red October, and The Tudors.