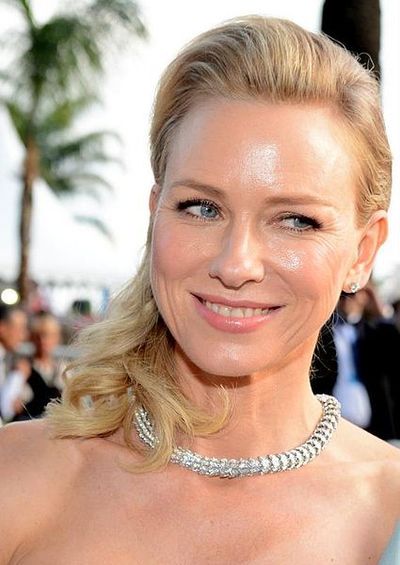 Naomi Ellen Watts (born 28 September 1968) is a British-Australian actress. She began her career in Australia, making her screen debut in the drama film For Love Alone (1986) and then appeared in the television series Hey Dad..! (1990), Brides of Christ (1991) and Home and Away (1991) and alongside Nicole Kidman and Thandie Newton in the coming-of-age comedy-drama film Flirting (1991). After moving to America, Watts appeared in films, including Tank Girl (1995), Children of the Corn IV: The Gathering (1996) and Dangerous Beauty (1998) and had the lead role in the television series Sleepwalkers (1997–1998).

After years as a struggling actress, Watts gained critical acclaim for her work in David Lynch's psychological thriller Mulholland Drive (2001). The following year, she received public recognition for her role in the box office hit horror film The Ring (2002). She then received nominations for the Academy Award and the Screen Actors Guild Award for Best Actress for her portrayal of Cristina Peck in Alejandro González Iñárritu's neo-noir 21 Grams (2003). Her subsequent films include David O. Russell's comedy I Heart Huckabees (2004), the remake of King Kong (2005), the crime-thriller Eastern Promises (2007) and the thriller The International (2009). Since then, Watts has portrayed Valerie Plame Wilson in the biographical drama Fair Game (2010) and Helen Gandy in Clint Eastwood's biographical drama J. Edgar (2011). For her leading role as Maria Bennett in the disaster film The Impossible (2012), she received second nominations for the Academy Award and Screen Actors Guild Award for Best Actress and a nomination for the Golden Globe Award for Best Actress.

In 2002, Watts was included in People Magazine's 50 Most Beautiful People. In 2006, she became a goodwill ambassador for Joint United Nations Programme on HIV/AIDS, which helps to raise awareness of AIDS-related issues. She has participated in several fundraisers for the cause, and she is presented as an inaugural member of AIDS Red Ribbon Awards.

Watts was born in Shoreham, Kent, England. She is the daughter of Myfanwy Edwards (née Roberts), a Welsh antiques dealer and costume and set designer, and Peter Watts, an English road manager and sound engineer who worked with Pink Floyd. Her parents divorced when she was four years old. After the divorce, Watts and her elder brother, Ben Watts, moved several times across South East England with their mother. Peter Watts left Pink Floyd in 1974, and he and Myfanwy were later reconciled. Two years later, in August 1976, he was found dead in a flat in Notting Hill, of an apparent heroin overdose.

Following his death, Watts' mother moved the family to Llanfawr Farm in Llangefni, on Anglesey in North Wales, where they lived with Watts' maternal grandparents, Nikki and Hugh Roberts, for three years, while Myfanwy moved between there and London in search of a career. During this time, Watts attended a Welsh language school, Ysgol Gyfun Llangefni, where she carried out her studies. She later said of her time in Wales: "We took Welsh lessons in a school in the middle of nowhere while everyone else was taking English. Wherever we moved, I would adapt and pick up the regional accent. It's obviously significant now, my being an actress. Anyway, there was quite a lot of sadness in my childhood, but no lack of love." In 1978, her mother remarried (though she would later be divorced again) and Watts and her brother then moved to Suffolk where she attended Thomas Mills High School. Watts has stated that she wanted to become an actress after seeing her mother performing on stage and from the time she watched the 1980 film Fame.

In 1982, when Watts was 14, she moved to Sydney, New South Wales in Australia (her maternal grandmother was Australian) with her mother, brother and stepfather. Myfanwy established a career in the burgeoning film business, working as a stylist for television commercials, then turning to costume design, ultimately working for the soap opera Return to Eden. After emigrating, Watts was enrolled in acting lessons by her mother; she auditioned for numerous television advertisements, where she met and befriended actress Nicole Kidman. Watts obtained her first role in the 1986 drama film For Love Alone, based on the novel of the same name by Christina Stead, and produced by Margaret Fink.

In Australia, Watts attended Mosman High School and North Sydney Girls High School. She failed to graduate from school, afterwards working as a papergirl, a negative cutter, and managing a Delicacies store in Sydney's affluent North Shore. She decided to become a model when she was 18. She signed with a models agency that sent her to Japan, but after several failed auditions, she returned to Sydney. There, she was hired to work in advertising for a department store, that exposed her to the attention of Follow Me, a magazine which hired her as an assistant fashion editor. A casual invitation to participate in a drama workshop inspired Watts to quit her job and to pursue her acting ambitions.

Regarding her nationality, Watts has stated: "I consider myself British and have very happy memories of the UK. I spent the first 14 years of my life in England and Wales and never wanted to leave. When I was in Australia I went back to England a lot." She also has expressed her ties to Australia, declaring: "I consider myself very connected to Australia, in fact when people say where is home, I say Australia, because those are my most powerful memories."

​Watts' career began in television, where she made brief appearances in commercials. The 1986 film For Love Alone, set in the 1930s and based on Christina Stead's 1945 best-selling novel of the same name, marked her debut in film. She then appeared in two episodes of the fourth season of the Australian sitcom Hey Dad..! in 1990. After a five-year absence from films, Watts met director John Duigan during the 1989 premiere of her friend Nicole Kidman's film Dead Calm and he invited her to take a supporting role in his 1991 indie film Flirting. She starred opposite future Hollywood up-and-comers Kidman and Thandie Newton. The film received critical acclaim and was featured on Roger Ebert's list of the 10 best films of 1992. Also in 1991, she took the part of Frances Heffernan, a girl who struggles to find friends behind the walls of a Sydney Catholic school, in the award winning mini-series Brides of Christ and had a recurring role in the soap opera Home and Away as the handicapped Julie Gibson. Watts was then offered a role in the drama series A Country Practice but turned it down, not wanting to "get stuck on a soap for two or three years", a decision she later called "naïve".

Watts then took a year off to travel, visiting Los Angeles and being introduced to agents through Kidman. Encouraged, Watts decided to move to America, to pursue her career further. In 1993 she had a small role in the John Goodman film Matinee and temporarily returned to Australia to star in three Australian films: another of Duigan's pictures, Wide Sargasso Sea; the drama The Custodian; and had her first leading role in the film Gross Misconduct, as a student who accuses one of her teachers (played by Jimmy Smits) of raping her. Watts then moved back to America for good but the difficulty of finding agents, producers and directors willing to hire her during that period frustrated her initial efforts.

Though her financial situation never led her to taking a job out of the film industry, she experienced problems like being unable to pay the rent of her apartment and losing her medical insurance. "At first, everything was fantastic and doors were opened to me. But some people who I met through Nicole [Kidman], who had been all over me, had difficulty remembering my name when we next met. There were a lot of promises, but nothing actually came off. I ran out of money and became quite lonely, but Nic gave me company and encouragement to carry on."

She then won a supporting role in the futuristic 1995 film Tank Girl, winning the role of "Jet Girl" after nine auditions. While the film was met with mixed reviews, it flopped at the box office, although it has gone on to become something of a cult classic. Throughout the rest of the decade, she took mostly supporting roles in films and occasionally considered leaving the business, but: "there were always little bites. Whenever I felt I was at the end of my rope, something would come up. Something bad. But for me it was 'work begets work'; that was my motto."

Naomi Watts studied the Meisner Technique. In 1999, director David Lynch began casting for his psychological thriller Mulholland Drive. He interviewed Watts after looking at her headshot, without having seen any of her previous work, and offered her the lead role. Lynch later said about his selection of Watts, "I saw someone that I felt had a tremendous talent, and I saw someone who had a beautiful soul, an intelligence—possibilities for a lot of different roles, so it was a beautiful full package." Conceived as a pilot for a television series, Lynch shot a large portion of it in February 1999, planning to keep it open-ended for a potential series. However, the pilot was rejected. Watts recalled thinking at the time, "just my dumb luck, that I'm in the only David Lynch programme that never sees the light of day." Instead, Lynch filmed an ending in October 2000, turning it into a feature film which was picked up for distribution. The film, which also starred Laura Harring and Justin Theroux, was highly acclaimed by critics and would become Watts' breakthrough. She was praised by critics, including Peter Bradshaw from The Guardian, who said, "Watts's face metamorphoses miraculously from fresh-faced beauty to a frenzied, teary scowl of ugliness." and Emanuel Levy, who wrote, "... Naomi Watts, in a brilliant performance, a young, wide-eyed and grotesquely cheerful blonde, full of high hopes to make it big in Hollywood." The film premiered at the 2001 Cannes Film Festival and received a large number of awards and nominations, including the Best Actress Award for Watts from the National Society of Film Critics and a nomination for Best Actress from the American Film Institute. The surrealist film following the story of the aspiring actress Betty Elms, played by Watts, attracted controversy with its strong lesbian theme.

Watts was in a relationship with director Stephen Hopkins in the 1990s and actor Heath Ledger from August 2002 to May 2004. Since the spring of 2005, Watts has been in a relationship with actor Liev Schreiber. She confirmed in an interview in late January 2009 that Schreiber had in fact given her a ring (which she was not wearing at the time) but that neither of them wanted to rush into marriage. Schreiber, known to play tricks on the media, had once before called her his wife in 2007, but later revealed that it was a joke. The couple's first son, Alexander "Sasha" Pete, was born in July 2007 in Los Angeles, and their second son, Samuel "Sammy" Kai, in December 2008 in New York City. After a temporary hiatus from acting, she returned to work with The International, her first project since becoming a mother. Watts stated in April 2010 that she would have a third child if she could guarantee a baby girl. 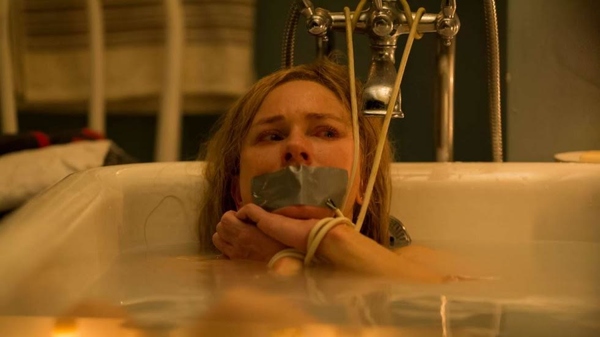 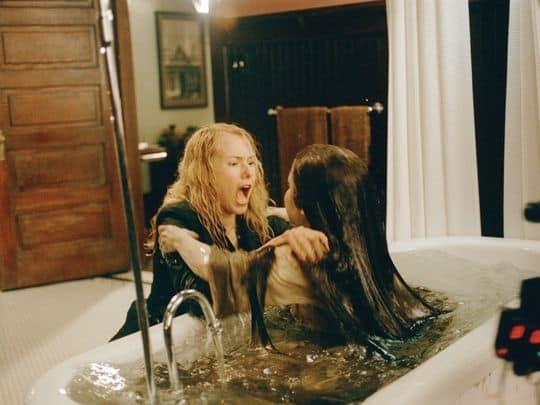 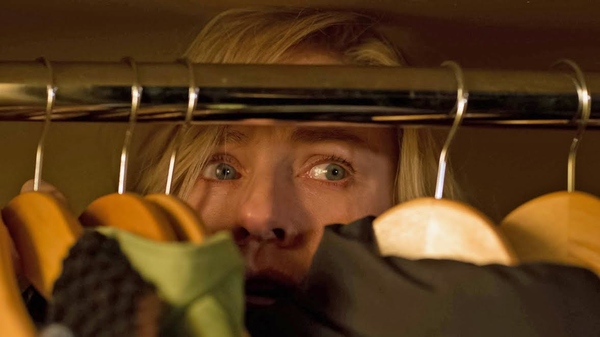 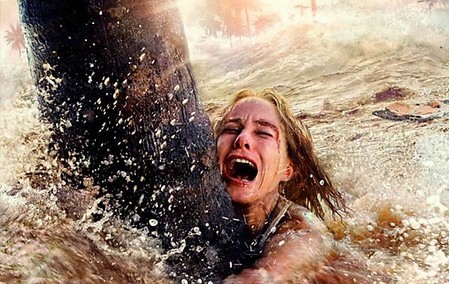 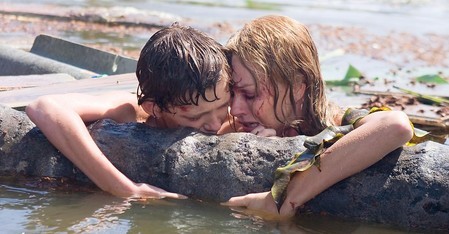 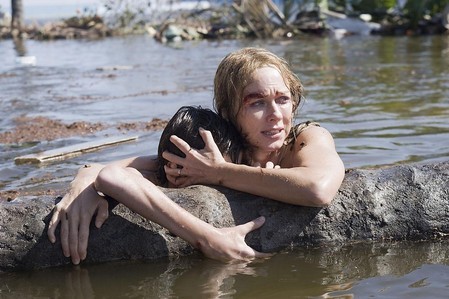