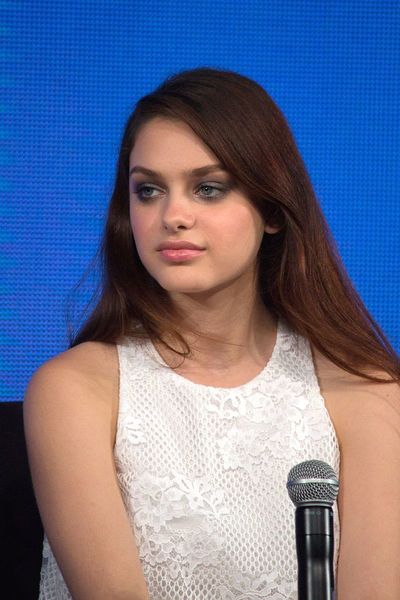 Rush was born in Haifa, Israel, to father Shlomo Rushinek and mother Maia (née Greenfeld). Her name, "Odeya", means "Thank God" in Hebrew. As an eight year-old in Haifa, she wrote and performed plays.

Her family moved to the United States when she was nine so that her father could take a job as a security consultant in Alabama. When she arrived, Rush could only speak Hebrew. Rush is Jewish, and attended N.E. Miles Jewish Day School in Birmingham, Alabama, where she lived. She later moved to Midland Park, New Jersey, where she attended public school.

In the beginning of 2013, Rush moved to Los Angeles, California with her family. Rush has six brothers. Four of them are younger than her—two sets of twins who live with their parents in Los Angeles, and two older brothers who live in Israel.

Before becoming an actress, Rush began her career in her childhood and adolescence when she was discovered as a model in the United States, appearing in major campaigns and advertisements for fashion brands Polo Ralph Lauren, Gap, Tommy Hilfiger and Guess.

Her first acting roles began in 2010 in Law & Order: Special Victims Unit, in the episode "Branded", in which she played the character Hannah Milner; and in the television series Curb Your Enthusiasm in the episode "Mister Softee", as Emily.

Her first film role was in 2012, playing Joni Jerome, the best friend of Timothy, in the Peter Hedges-directed Disney film The Odd Life of Timothy Green.

In 2013, Rush was named one of Hollywood's 20 up and coming young actresses under 20 to watch by The Midwest TV Guys.

Rush co-starred, as Fiona, in the science fiction film The Giver (2014), based on the 1993 novel of same name from Lois Lowry, and directed by Phillip Noyce. The film also starred Brenton Thwaites, Jeff Bridges, Meryl Streep, Katie Holmes, Alexander Skarsgård and Taylor Swift. In 2014, Rush was one of two Israeli actresses, along with Gal Gadot, to be named as Hollywood's newest leading ladies by InStyle magazine.

In 2015, Rush played Ashley Burwood, niece of Johana Burwood (played by Sarah Hyland), in the comedy film See You in Valhalla. Rush's next role was the female lead in the film Goosebumps, based on the R. L. Stine’s popular book series. Rush played Hannah Fairchild, the "daughter" of R. L. Stine (portrayed by Jack Black), who teams up with her neighbor to fight the Goosebumps monsters.

In 2016, Rush completed filming the satirical comedy film Coup d'Etat, in which she starred with Michael Caine and Katie Holmes. She was also cast as Ella Hatto, opposite Sam Worthington, in action-thriller film The Hunter's Prayer directed by Jonathan Mostow.