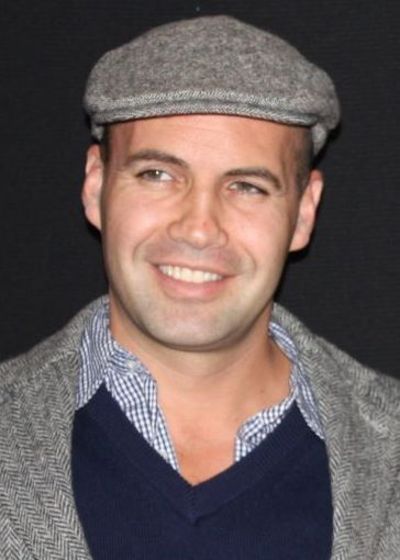 William George "Billy" Zane, Jr. (born February 24, 1966) is an American actor and producer. He played Hughie in Dead Calm, Caledon Hockley in Titanic, The Phantom from The Phantom, John Wheeler in Twin Peaks and Mr. E in CQ.

Zane was born in Chicago, Illinois, the son of Thalia and William George Zane, Sr., both of whom were amateur actors and founders of a school for medical technicians. Both of his parents are of Greek descent (Chios on his mother's side and Mani on his father's side), and his family's original surname, "Zanetakos", was anglicized to "Zane" by his parents, who also raised him Greek Orthodox. He has an older sister, Lisa Zane, who is an actress.

After completing a year abroad at the American School in Switzerland, Zane graduated from Francis W. Parker School and attended Harand Camp of the Theater Arts, located in Evanston, Illinois.

Zane's first two screen roles were in the science fiction fllms Back to the Future in 1985 and Critters in 1986. Zane also appeared in an episode of Matlock entitled "The Nurse". In 1989 he reprised his henchman role in Back to the Future Part II. Earlier that same year, Zane gained international recognition with the role of villain Hughie Warriner in the thriller Dead Calm, alongside Nicole Kidman and Sam Neill. He also starred in the NBC film, The Case of the Hillside Stranglers (1989).

Zane's first starring role was in a 1990 independent film, the low budget science fiction thriller Megaville. In 1990, he also co-starred in the film Memphis Belle, a film version of a 1944 documentary about a World War II bomber plane, as the bombardier. Zane also forayed into television work, and in 1991 he appeared as John Justice Wheeler in several episodes of David Lynch's hit TV-show Twin Peaks.

Zane was married to actress Lisa Collins from 1989, until the couple divorced in 1995. He also was engaged for a time to Chilean actress, Leonor Varela, his costar in the 1999 television film Cleopatra. Zane was engaged to marry British model turned actress, Kelly Brook, whom he met in 2005 when starring with her in the movie Survival Island, also known as Three. They split in April 2008, got back together again shortly thereafter, then ended the relationship in August 2008. Zane dated the Croatian model Jasmina Hdagha in 2010, but they broke up later that year. Through a friend he met Candice Neil an American model. Zane and Neil are parents to Ava Katherine who was born on February 20, 2011.