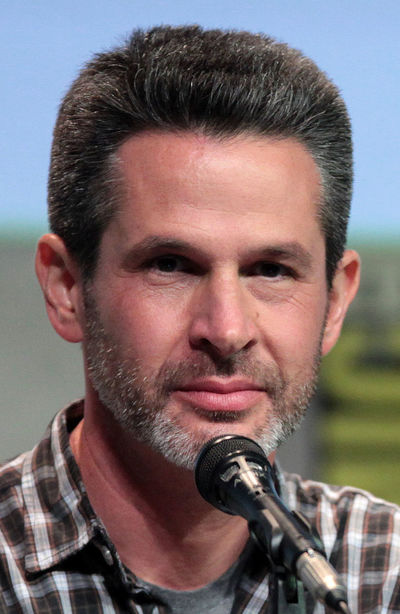 Simon David Kinberg (born August 2, 1973) is a British-born American screenwriter, film producer and television producer. He is best known for his work on the X-Men film franchise, and has also written such films as Mr. & Mrs. Smith and Sherlock Holmes. He has served as a producer on others including Cinderella and The Martian, for which he was nominated for an Academy Award for Best Picture. His production company Kinberg Genre has a first-look deal with 20th Century Fox. Kinberg will make his directorial debut with Dark Phoenix, from his own screenplay. The film will be released February 14, 2019.

Kinberg's next screenwriting job was the sequel to X-Men (2000) and X2 (2003), X-Men: The Last Stand (2006), which he co-wrote with Zak Penn. Comic-book writer Chris Claremont wrote the novelization of the film, and made Kinberg a character in the book.

Kinberg was the producer of X-Men: First Class (2011), and both writer and producer of This Means War (2012). He was also co-screenwriter and an executive producer of the film Abraham Lincoln: Vampire Hunter in that same year. In 2013, Kinberg produced Elysium.

The following year, Kinberg was the writer and the producer of the film X-Men: Days of Future Past. That same year, he produced Let's Be Cops. In 2015, Kinberg produced the Neill Blomkamp film Chappie and the live-action version of Cinderella at Disney. He also worked on Fantastic Four as writer and producer. His final film of the year was The Martian, directed by Ridley Scott.

He wrote and produced X-Men: Apocalypse, the next film in the X-Men franchise following X-Men: Days of Future Past. Kinberg produced Deadpool (2016), Logan (2017), and Deadpool 2 (2018), and the upcoming New Mutants (2019) and Gambit, all of them X-Men spin-off films. He also produced Murder on the Orient Express, an adaptation of the Agatha Christie novel of the same name.

In television, he is an executive producer on ABC network's Designated Survivor starring Kiefer Sutherland, and on Legion created by Noah Hawley for FX, and The Gifted on Fox Network. He will executive produce the third revival of the science fiction anthology series, The Twilight Zone.

Kinberg married Mali Heled in a Jewish ceremony on July 26, 2001. They have two sons.