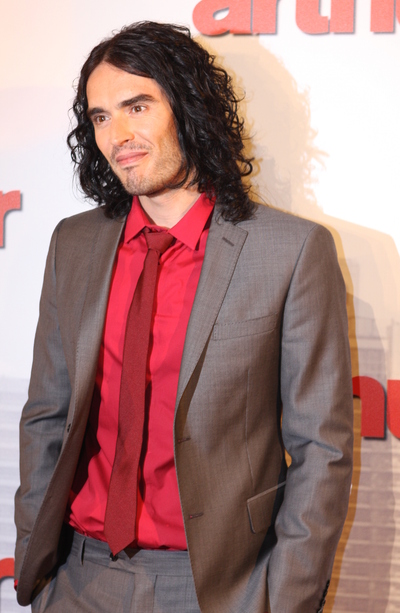 In 2004, Brand achieved mainstream fame in the UK as the host of Big Brother's Big Mouth, a Big Brother spin-off. In 2007, he had his first major film role in St Trinian's. He became known in the United States in 2008, after his major role in Forgetting Sarah Marshall; the film led to a starring role in Get Him to the Greek in 2010. He also worked as a voice actor for animated films Despicable Me in 2010 and Hop in 2011. He starred in the 2011 remake of the 1981 Dudley Moore film Arthur.

Brand is noted in the British media for his eccentricity and for controversies such as his dismissal from MTV after he dressed as Osama bin Laden, his behaviour as presenter of various award ceremonies and his former drug use. In 2008, he resigned from the BBC following prank calls he made to actor Andrew Sachson The Russell Brand Show, which led to major changes to the BBC's policy. His drug use, alcoholism and promiscuity have influenced his comedic material and public image. He is also widely known for his short marriage to Katy Perry which ended in 2012.

Brand was born in Orsett Hospital in Grays, Essex, England. He is the only child of Barbara Elizabeth (née Nichols) and photographer Ronald Henry Brand. Brand's parents divorced when he was six months old, and he was raised by his mother. He has described his childhood as isolated and lonely. When he was seven, he was sexually abused by a tutor. When Brand was eight, his mother contracted uterine cancer and then breast cancer one year later. While she underwent treatment, Brand lived with relatives. When he was 14, he suffered from bulimia nervosa. When he was 16, he left home because of disagreements with his mother's live-in partner. His mother had lymphoma at the time. Brand then started to use illegal drugs such as cannabis, amphetamines, LSD, and ecstasy.

In an interview on National Public Radio's Weekend Edition Saturday, Brand says he had a strange relationship with his father, whom he saw sporadically and who took him to visit prostitutes during a trip to the Far East. In an interview with Piers Morgan, Brand stated that he thought his dad was "the coolest dad in the world", and would turn up in a Porsche one moment to collect him from school and then be reduced to nothing another and have to move in with Russell's grandmother again. After his parents' divorce, Brand's father remarried twice.

Brand attended Grays School Media Arts College, a comprehensive school. His theatre debut was at the age of 15 when he played Fat Sam in a school production of Bugsy Malone; this inspired him to become an actor, and he began to work as an extra. In 1991, he was accepted to the Italia Conti Academy, and his tuition was funded by Essex County Council for his introductory year, with potential funding for three additional years. He later played small roles in children's show Mud and police drama The Bill.

In 1995, Brand applied for both the Royal Academy of Dramatic Art and the Drama Centre London and was accepted to Drama Centre. He then decided to focus on comedy and began to write material with Karl Theobald. 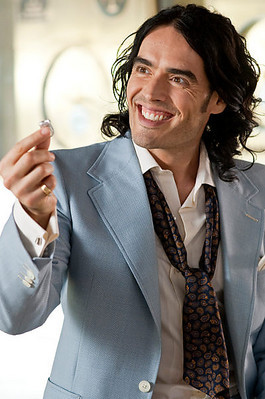 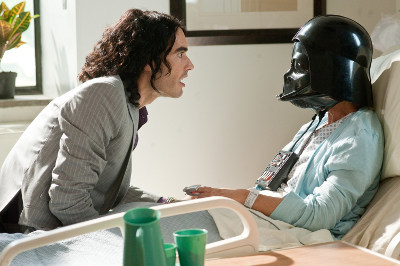 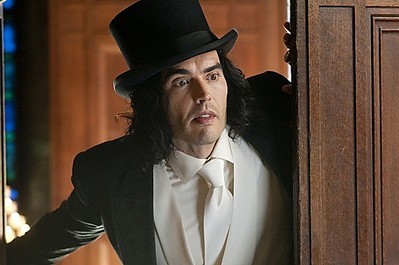 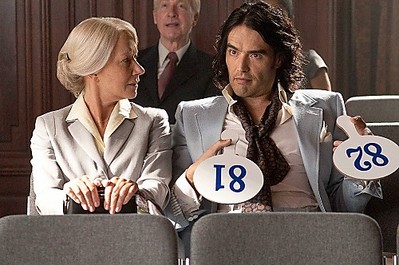 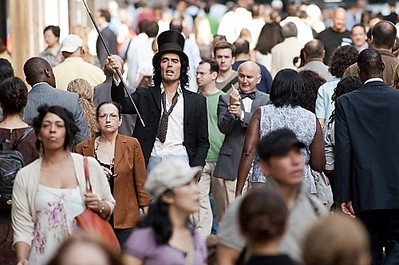