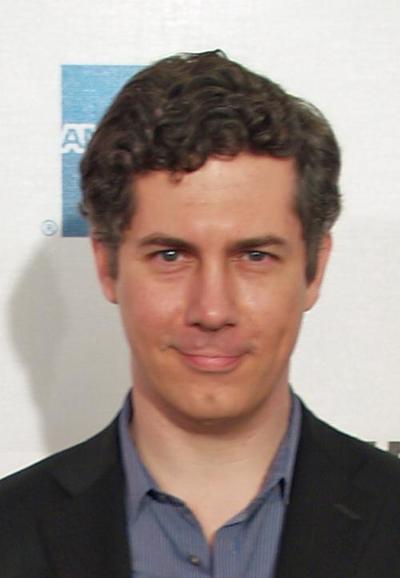 Thomas Christopher Parnell (born February 5, 1967) is an American actor, voice artist, comedian, and singer. He is best known as a cast member on NBC's Saturday Night Live from 1998 to 2006 and for his role as Dr. Leo Spaceman on NBC's comedy series 30 Rock. In animation, he voices Cyril Figgis on the FX comedy series Archer and Jerry Smith on the Adult Swim sci-fi comedy series Rick and Morty. He is also notable for his voice work on the animated PBS series WordGirl, particularly as the narrator. He also voices "The Progressive Box" in a multitude of spots featuring the character, particularly the Progressive Corporation insurance advertisements.

Parnell was born in Memphis, Tennessee, to a Southern Baptist family. His father, Jack Parnell, was a radio personality in Memphis. He first attended the Southern Baptist Educational Center, and later graduated from Germantown High School. He decided upon acting as a career at age 17, and set his sights on being a theatre actor. He attended the University of North Carolina School of the Arts where he received his BFA in Drama. He moved to Houston, Texas after college to do an apprentice actor program for a season at the Alley Theatre, but did not get asked back to join the company. He became momentarily disenchanted with acting, and returned to his hometown and taught high school for a year. He subsequently moved to Los Angeles and auditioned for the Groundlings in 1992.

While performing as a company player with the Groundlings for a number of years, Parnell began doing commercials and getting guest roles on various sitcoms, such as Seinfeld and Murphy Brown. He was hired to join the cast of Saturday Night Live as a featured player, and debuted on the show on September 26, 1998. He was promoted to repertory player the following season. In the summer of 2001, because of budget cuts and the hiring of four new cast members, Lorne Michaels was required to dismiss two cast members; he chose to lay off Parnell and Jerry Minor over Horatio Sanz, Rachel Dratch, and Maya Rudolph, but Parnell was rehired in the middle of the next season.

While on SNL, Parnell appeared in numerous sketches, and commercial parodies, and performed memorable impressions of various celebrities. Among his notable sketches are "Lazy Sunday", a rap video he shot with Andy Samberg about buying cupcakes and going to see The Chronicles of Narnia, and "More Cowbell". He has also performed raps about hosts Jennifer Garner, Britney Spears, Kirsten Dunst, and Ashton Kutcher. On the DVD commentary for the West Coast version of the 30 Rock episode "Live Show", Tina Fey and Beth McCarthy Miller noted that Parnell was nicknamed "The Ice Man" while working at SNL, because of his apparent immunity to breaking (i.e., visibly reacting to the humor in a sketch), citing the "more cowbell" sketch in which he was the only actor not to break.

In mid-2006, Michaels announced that four cast members would be laid off due to budget cuts, but he did not say whom. On September 22, 2006, it was announced that three cast members had been laid off: Parnell; Horatio Sanz; and Finesse Mitchell. This effectively made him the only SNL performer to have been released twice by Lorne Michaels, although Parnell did say in a 2008 interview with The Sound of Young America podcast that he was okay with being let go this time, as he was considering leaving after that season anyway, adding that he probably would have stayed one more season had he been asked back. He had been with SNL for eight seasons; at the time only four people (Darrell Hammond, Tim Meadows, Kevin Nealon, and Al Franken) had been cast members longer. He has since made uncredited cameo appearances on the show, including parodying newscasters Tom Brokaw, Jim Lehrer, and Bob Schieffer. Parnell and his former SNL castmate Horatio Sanz starred together in Big Lake, a 2010 sitcom on Comedy Central from executive producers Will Ferrell and Adam McKay.

Parnell voiced Fly in the animated films Hotel Transylvania and Hotel Transylvania 2, and Stan the Fishman in the third film, Hotel Transylvania 3: Summer Vacation. He is a series regular on the FX animated series Archer, and is also known for his guest appearances as Dr. Leo Spaceman on 30 Rock. He also provides the voice of the narrator on the PBS children's series WordGirl. From 2011 to 2014, Parnell co-starred on the ABC comedy series Suburgatory where he played the husband of the character played by his former SNL castmate Ana Gasteyer. His role started out as recurring in the first season but he was bumped up to a series regular in the second season. The series aired for three seasons on ABC.

Parnell provides the voice of the "Progressive Box" in commercials for Progressive Insurance.

On March 16, 2018, Parnell was cast in the main role of Wayne on the CBS sitcom Happy Together.