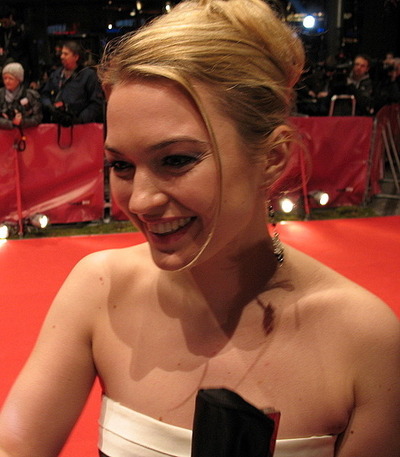 Myles was born in London. Her mother, Jane (née Allan), works in educational publishing, and her father, Peter R. Myles, is a retired Church of England vicar in Isleworth, West London. Her maternal grandmother was Russian, and she refers to herself as "half-Welsh, half-Russian".

Myles grew up in Notting Hill, where her father served at the Church of St. George the Martyr, and attended Fox Primary School. At the age of eleven, Myles moved with her family to Isleworth and attended the Green School. Following success at her A-levels, she had been planning to accept a conditional place to study philosophy at Cambridge, but chose to pursue an acting career after being spotted by Julian Fellowes in a school play.

Since 1996, Myles has appeared in a number of American and British films and television productions. In 2001, she got a small role alongside Johnny Depp as his on-screen wife, Victoria Abberline, in the thriller film From Hell. She had a supporting role in the 2003 film Underworld and its sequel Underworld: Evolution (in a brief flashback scene). In 2003, she played the schoolgirl lead in the thriller Out of Bounds and she also played Lady Penelope in the Thunderbirds. In 2006, Myles co-starred with actor James Franco in the romantic drama Tristan and Isolde, playing the role of Isolde.

In 2004, Myles was in a relationship with actor Charles Dance, who is 34 years her senior, whom she met while working on The Life and Adventures of Nicholas Nickleby.

From 2005 to 2007, she dated Scottish actor David Tennant, with whom she had acted in Foyle's Warand the Doctor Who episode "The Girl in the Fireplace"