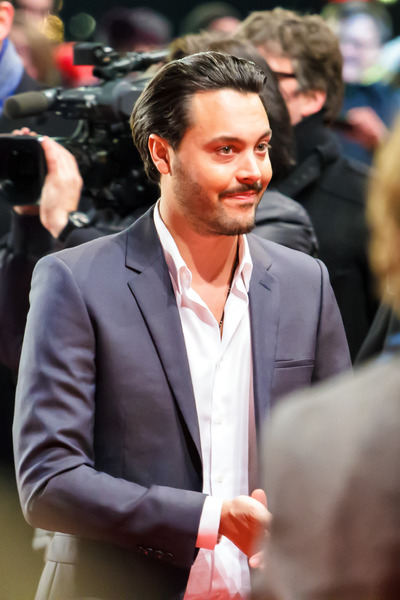 Jack Alexander Huston (born 7 December 1982) is an English actor. Huston is best known for his role as Richard Harrow, on Boardwalk Empire.

Huston was born in London, the son of Lady Margot Lavinia (Cholmondeley) and Walter Anthony (Tony) Huston. Huston decided to become an actor at the age of six, after playing the title role in a school production of Peter Pan. He later attended the famed dramatic institute Hurtwood House.

Huston started his film career with a small screen adaptation of Spartacus, where he played Flavius. He then went on to having more prominent roles in such films as Factory Girl, playing the American poet Gerard Malanga, the horror film Shrooms, Outlander and Shrink.

In 2010, he had a small role in The Twilight Saga: Eclipse as Royce King.

Huston also appears in HBO's Boardwalk Empire as Richard Harrow, a severely disfigured World War I marksman turned gangster. On 16 December 2010, it was announced Huston would be made a series regular after appearing in five episodes of the first season.

After this he went on to be directed by Al Pacino in the 2011 film, Wilde Salome and to having a starring roles in Not Fade Away, Two Jacks and Night Train to Lisbon.

His paternal aunt is actress Anjelica Huston, and his paternal half-uncle is actor Danny Huston. His mother is English and his father is American. His paternal grandparents were director John Huston and model/dancer Enrica Soma, and his maternal grandparents wereHugh Cholmondeley, 6th Marquess of Cholmondeley and Lavinia Margaret (Leslie). Huston is the nephew of David Cholmondeley, 7th Marquess of Cholmondeley. On his father's side, he has Italian, Irish, Scottish, and English ancestry, and is a great-grandson of Canadian actor Walter Huston. Through his maternal grandfather's father, Huston is descended from Robert Walpole, the first Prime Minister of Great Britain. Jack's maternal grandfather's mother, Sybil Sassoon, Marchioness of Cholmondeley, was from a Jewish family (from Iraq, India, and Germany); through Sybil, Jack is descended from both David Sassoon, the Treasurer of Baghdad, and Mayer Amschel Rothschild, who founded the Rothschild family international banking dynasty.