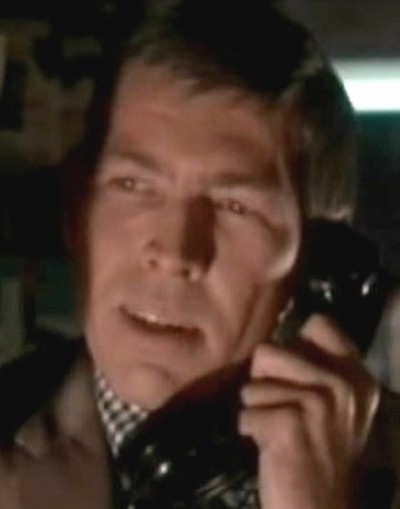 James Harrison Coburn III (August 31, 1928 – November 18, 2002) was an American film and television actor. Coburn appeared in nearly 70 films and made more than 100 television appearances during his 45-year career, winning an Academy Award for his supporting role as Glen Whitehouse in Affliction.

A capable, rough-hewn leading man, his toothy grin and lanky body made him a perfect tough-guy in numerous leading and supporting roles in westerns and action films, such as The Magnificent Seven, Hell Is for Heroes, The Great Escape, Major Dundee, Our Man Flint, In Like Flint, Duck, You Sucker, Pat Garrett and Billy the Kid, Charade, and Cross of Iron.

During the late 1960s and early 1970s he would cultivate an image synonymous with "cool", and along with such contemporaries as Lee Marvin, Steve McQueen, and Charles Bronson, became one of the prominent "tough-guy" actors of his day.

Coburn was born in Laurel, Nebraska, the son of James Coburn, Jr. and Mylet Johnson. The elder Coburn had a garage business that was completely destroyed by the Great Depression. Coburn himself was raised in Compton, California, where he attended Compton Junior College. In 1950, he enlisted in the United States Army, in which he served as a truck driver and an occasional disc jockey on an Army radio station in Texas. Coburn also narrated Army training films in Mainz, Germany. Coburn attended Los Angeles City College, where he studied acting alongside Jeff Corey and Stella Adler, and later made his stage debut at the La Jolla Playhouse in Herman Melville's Billy Budd. Coburn was selected for a Remington Products razor commercial in which he was able to shave off 11 days of beard growth in less than 60 seconds, while joking that he had more teeth to show on camera than the other 12 candidates for the part.

Coburn's film debut came in 1959 as the sidekick of bad guy Pernell Roberts in the Randolph Scott western Ride Lonesome. Coburn also appeared in dozens of television roles including, with Roberts, several episodes of NBC's Bonanza. Coburn appeared twice each on two other NBC westerns Tales of Wells Fargo with Dale Robertson, one episode in the role of Butch Cassidy, and The Restless Gun with John Payne in "The Pawn" and "The Way Back", the latter segment alongside Bonanza's Dan Blocker.

During the 1960-1961 season, Coburn co-starred with Ralph Taeger and Joi Lansing in the NBC adventure/drama series, Klondike, set in the Alaskan gold rush town of Skagway. When Klondike was cancelled, Taeger and Coburn were regrouped as detectives in Mexico in NBC's equally short-lived Acapulco. Coburn also made two guest appearances on CBS's Perry Mason, both times as the murder victim in "The Case of the Envious Editor" and "The Case of the Angry Astronaut."

Coburn became well known in the 1960s and the 1970s for his tough guy roles in numerous action and western films. He first appeared with Steve McQueen and Charles Bronson in the John Sturges films, The Magnificent Seven and The Great Escape. Coburn played the part of a villainous Texan in the successful Charade (1963). He was then cast as a glib naval officer in Paddy Chayevsky's The Americanization of Emily. Coburn was signed to a seven year contract with 20th Century Fox. His performance as a one-armed Indian tracker in Major Dundee (1965) gained him much notice. In 1966, Coburn became a bona fide star following the release of the James Bond parody film Our Man Flint. In 1967, Coburn was voted the twelfth biggest star in Hollywood.

Coburn died of a heart attack on November 18, 2002 while listening to music at his home in Beverly Hills, California. He was survived by his second wife, Paula (née Murad), son James, IV, and a stepdaughter. His ashes were interred in Westwood Village Memorial Park Cemetery, and marked by a stone bench inscribed with his name. At the time of his death, Coburn was the voice of the "Like a Rock" Chevrolet television ad campaign. James Garner succeeded Coburn for the remainder of the campaign.