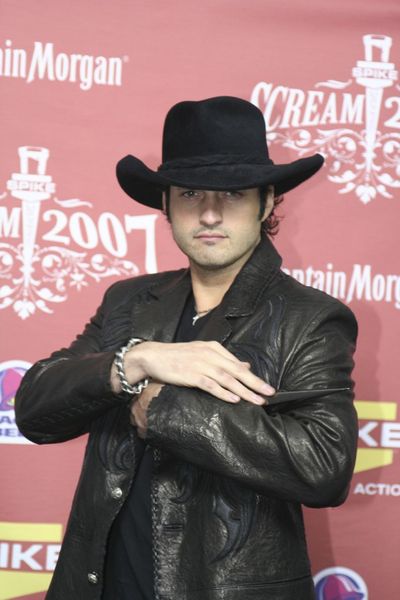 Robert Anthony Rodríguez (born June 20, 1968) is an American film director, screenwriter, producer, cinematographer, editor and musician. He shoots and produces many of his films in his native Texas and Mexico. He has directed such films as the Mexico Trilogy, From Dusk till Dawn, The Faculty, The Adventures of Sharkboy and Lavagirl in 3-D, Spy Kids, Sin City, Planet Terror, and Machete. He is a friend and frequent collaborator of filmmaker Quentin Tarantino.

Rodríguez was born in San Antonio, Texas, the son of Mexican-American parents Rebecca (née Villegas), a nurse, and Cecilio G. Rodríguez, a salesman. He began his interest in film at age 11 when his father bought one of the first VCRs, which came with a camera.

While attending St. Anthony High School, he was commissioned to videotape the school's football games. According to his sister he was fired soon after for shooting them with a cinematic style, getting shots of parents' reactions and the ball traveling through the air instead of shooting the whole play. There he met Carlos Gallardo; they both shot films on video throughout high school and college. After graduating Rodriguez went to the College of Communication at the University of Texas where he also developed a love of cartooning. His grades were not high enough to get into the school's film program, so he invented a daily comic strip entitled Los Hooligans with many of the characters based on his siblings – in particular, one of his sisters, Maricarmen. The comic proved to be quite successful, running for three years in the student newspaper The Daily Texan while Rodríguez continued to make short films.

Rodríguez grew up shooting action and horror short films on video, and editing on two VCRs. Finally, in the fall of 1990, his entry in a local film contest earned him a spot in the university's film program where he made the award-winning 16 mm short "Bedhead". The film chronicles the amusing misadventures of a young girl whose older brother sports an incredibly tangled mess of hair that she cannot tolerate. Even at this early stage, Rodríguez's trademark style began to emerge: quick cuts, intense zooms, and fast camera movements deployed with a sense of humor that offsets the action.

This short film attracted enough attention to encourage him to seriously attempt a career as a filmmaker. He went on to shoot the action flick El Mariachi in Spanish. El Mariachi, which was shot for around $7,000 with money raised by his friend Carlos Gallardo and participating in medical research studies, won the Audience Award at the Sundance Film Festival in 1993. The film, originally intended for the Spanish-language low-budget home-video market, was "cleaned up" with post-production work costing several hundred thousand dollars before being distributed by Columbia Pictures in the United States, still being promoted as "the movie made for $7,000". Rodríguez described his experiences making the film in his book Rebel Without a Crew. The book and film inspired legions of hopeful filmmakers to pick up cameras and make no-budget movies. The film and the book are widely considered important touchstones of the independent film movement of the 1990s.

He was uncredited in Pulp Fiction, where he directed a scene with Quentin Tarantino's character in it. His next feature film was Desperado, a sequel to El Mariachi starring Antonio Banderas. The film introduced Salma Hayek to American audiences. Rodríguez went on to collaborate with Quentin Tarantino on the vampire thriller, From Dusk Till Dawn (they co-produced two sequels), and with Kevin Williamson on the horror film The Faculty.

In 2001, Rodríguez enjoyed his first $100,000,000 (USD) Hollywood hit with Spy Kids, which went on to become a movie franchise, with the third film released in a crude form of 3D. A third "mariachi" film also appeared in late 2003, Once Upon a Time in Mexico which completed the Mariachi Trilogy. He operates a production company called Troublemaker Studios, formerly Los Hooligans Productions.

Rodriguez announced in April 2006 that he and his wife Elizabeth Avellán, with whom he had five children, separated after 16 years of marriage. Avellán has continued to produce most of his films since the split-up, so their professional relationship has continued.

He reportedly had a "dalliance" with actress Rose McGowan during the shooting of Grindhouse. In October 2007, Elle Magazine revealed that Rodríguez cast McGowan as the title role in his remake of Barbarella. After some reports of them breaking up and being together again, they split up in October 2009. He is best friends with frequent collaborator Quentin Tarantino (who often refers to Rodriguez as his brother).

In October 2010, he walked Alexa Vega down the aisle at her wedding to producer Sean Covel.