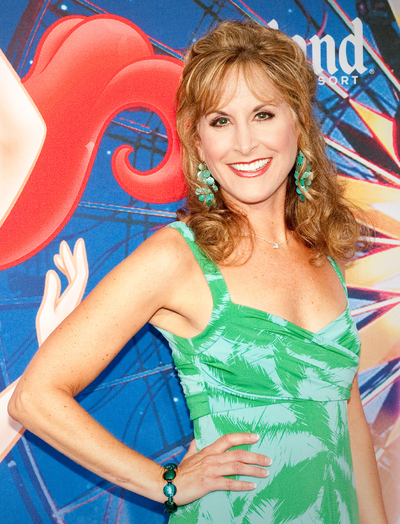 Jodi Marie Benson (née Marzorati; October 10, 1961) is an American actress, voice actress, and soprano singer. She is best known for providing both the speaking and the singing voices of Disney's Princess Ariel in The Little Mermaid and its sequels. In 2002 and 2006, she reprised the role of Ariel in the English versions of the Kingdom Hearts series. Most recently Benson voiced the character Barbie in the 1999 movie Toy Story 2, the 2010 movie Toy Story 3 and the Toy Story Toon Hawaiian Vacation.

Jodi Benson has become well known in popular culture for providing the voice of Ariel in The Little Mermaid. She even parodied this later when she provided the voice for the character of Ann Darrow in The Mighty Kong - Ann sang and swam through the water with her hair flowing about her. She provided the voice for a character called Aquagirl in a two-part episode of Batman Beyond. She also provided the voice of the character of Tula in the Hanna-Barbera adventure-fantasy series, Pirates of Dark Water. In an interview with Christians in Cinema, Benson said that winning the role of Ariel was God-ordained. She has also said that her work for Disney is "not just a job, it is a gift that God has given me. It is my ministry." She has also said that she never gets tired of singing her signature song, "Part of Your World".

Benson was honored with a Disney Legend Award on August 19, 2011, for voicing Princess Ariel in The Little Mermaid movie/TV series and Barbie in the Toy Story series.