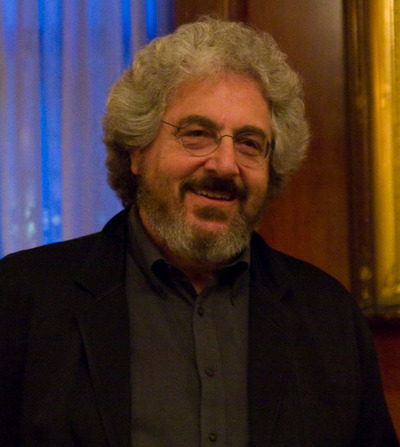 Harold Allen Ramis (born November 21, 1944) is an American actor, director, and writer, specializing in comedy. His best-known film acting roles are as Egon Spengler in Ghostbusters (1984) and Russell Ziskey in Stripes (1981), both of which he co-wrote. As a writer/director, his films include the comedies Caddyshack (1980), Groundhog Day (1993), and Analyze This (1999). Ramis was the original head writer of the television series SCTV (in which he also performed), and one of three screenwriters for the film National Lampoon's Animal House (1978).

Ramis was born in Chicago, Illinois, the son of Ruth (née Cokee) and Nathan Ramis, shopkeepers who owned the store Ace Food & Liquor Mart on the city's far North Side. He had a Jewish upbringing, although in his adult life he does not practice any organized religion. He graduated from Stephen K. Hayt Elementary School and Nicholas Senn High School in Chicago, and, in 1966, from Washington University in St. Louis, Missouri, where he was a member of the Alpha Xi chapter of Zeta Beta Tau fraternity.

Afterward, Ramis worked in a mental institution in St. Louis for seven months. He later said his time working there

...prepared me well for when I went out to Hollywood to work with actors. People laugh when I say that, but it was actually very good training. And not just with actors; it was good training for just living in the world. It's knowing how to deal with people who might be reacting in a way that's connected to anxiety or grief or fear or rage. As a director, you’re dealing with that constantly with actors. But if I were a businessman, I’d probably be applying those same principles to that line of work.

He had begun writing parodic plays in college, saying years later, "In my heart, I felt I was a combination of Groucho and Harpo [Marx], of Groucho using his wit as a weapon against the upper classes, and of Harpo’s antic charm and the fact that he was oddly sexy — he grabs women, pulls their skirts off, and gets away with it". Avoiding the Vietnam War military draftby ingestion of methamphetamine to fail his draft physical, he married San Francisco, California artist Anne Plotkin, with whom he would have a daughter, Violet, and eventually, years later, divorce.

Following his work in St. Louis, Ramis returned to Chicago, where by 1968, he was a substitute teacher at the inner-city Robert Taylor Homes. He also became associated with the guerrilla television collective TVTV, headed by his college friend Michael Shamberg, and wrote freelance for the Chicago Daily News. "Michael Shamberg right out of college had started freelancing for newspapers and got on as a stringer for a local paper, and I thought, 'Well, if Michael can do that, I can do that'. I wrote a spec piece and submitted it to the Chicago Daily News, the Arts & Leisure section, and they started giving me assignments [for] entertainment features." Additionally, he had begun studying and performing with Chicago's Second City improvisational comedy troupe.

Ramis's newspaper writing led to his becoming joke editor at Playboy. "I called a guy named Michael Lawrence just cold and said I had written several pieces freelance and did they have any openings. And they happened to have their entry-level job, party jokes editor, open. He liked my stuff and he gave me a stack of jokes that readers had sent in and asked me to rewrite them. I had been in Second City in the workshops already and Michael Shamberg and I had written comedy shows in college".

After leaving Second City for a time and returning in 1972, having been replaced in the main cast by John Belushi, Ramis worked his way back as Belushi's deadpan foil. In 1974, Belushi brought Ramis and other Second City performers, including Ramis's frequent future collaborator, Bill Murray, to New York City to work together on the radio program The National Lampoon Radio Hour (which ran November 1973 to December 1974).

Ramis left SCTV to pursue a film career and wrote a script with National Lampoon magazine's Douglas Kenney which would eventually become National Lampoon's Animal House. They were later joined by a third collaborator on the script, Chris Miller. The 1978 film followed the struggle between a rowdy college fraternity house and the college dean. The film's humor was raunchy for its time. Animal House "broke all box-office records for comedies" and earned $141 million.

Ramis has three children. His daughter Violet was born in 1977 with his first wife, Anne, and sons Julian Arthur (born May 10, 1990) and Daniel Hayes (born August 10, 1994) with his second wife, Erica Mann (the daughter of director Daniel Mann and actress Mary Kathleen Williams). Actor and Ghostbusters co-star Bill Murray is Violet Ramis's godfather. Ramis is an avid Chicago Cubs fan and goes to games every year to conduct the Seventh-inning stretch at Wrigley Field.