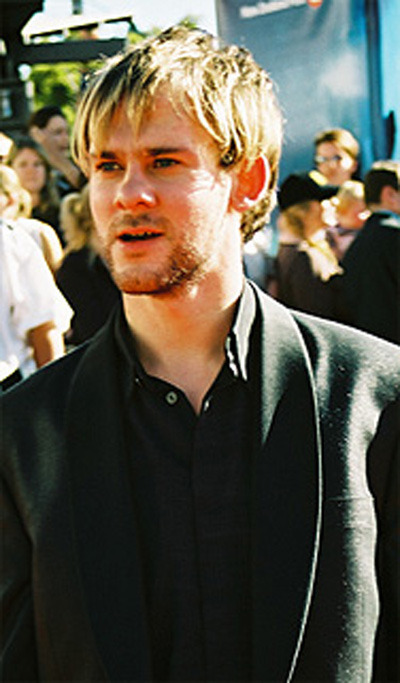 Dominic Bernard Patrick Luke Monaghan (born 8 December 1976) is a German-born English actor. He has received international attention from playing Meriadoc Brandybuck in Peter Jackson's adaptation of J.R.R. Tolkien's The Lord of the Rings and for his role as Charlie Pace on the television show Lost.

Monaghan was born in Berlin, Germany, to British parents: Maureen, a nurse, and Austin Monaghan, a science teacher. He has an elder brother called Matthew who is the lead singer of the indie band Radiosepia. Monaghan's family lived in Berlin, Düsseldorf, Stuttgart and Münster, moving about every four years. When he was about 11 years old, his family moved from Germany to Heaton Moor in Stockport, England. Monaghan's first language is English, but he also speaks some German and is well known for his ability to impersonate others and replicate accents. Bernard is his maternal grandfather's name, and Patrick his paternal grandfather's name. He chose Luke as his confirmation name after Luke Skywalker from Star Wars, his favourite film series, which was also one of his inspirations for becoming an actor. He attended St Anne's Roman Catholic High School (where his uncle taught and later became head teacher) and Aquinas College, where he studied English literature, drama and geography.

Although Monaghan held many occupations when he was younger, he always wanted to be an actor. After his second year at St. Anne's, Monaghan became a regular in school plays such as Oliver Twist, A Christmas Carol and Bugsy Malone before joining Manchester Youth Theatre. There, he was scouted for Hetty Wainthropp Investigates, on which he played Hetty's under-aged sidekick, Geoffrey Shawcross, for four series. He made his feature-film debut as Russian sailor Sasha in the TV film Hostile Waters.

Monaghan later starred in the Lord of the Rings trilogy as Meriadoc Brandybuck, for which he achieved international acclaim and success.

Monaghan resides in the Los Angeles, California area.  Past relationships include his Lost co-star Evangeline Lilly from 2004 to 2009. In June 2008 Monaghan travelled to Argentina with Lilly to film the pilot of the American version of CQC.