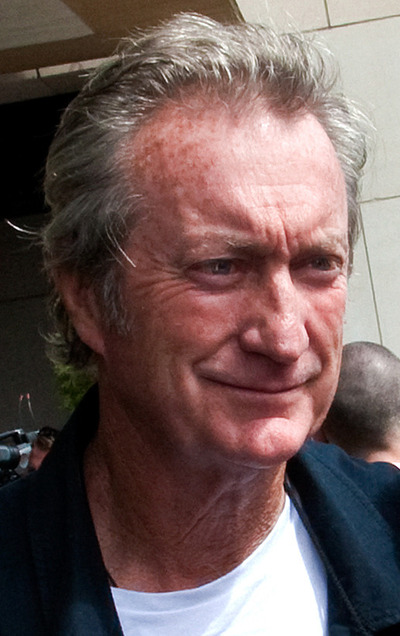 Brown was born in Sydney, the son of John (Jack) Brown and Molly Brown, a pianist in the early days of the Langshaw School of Ballet who worked as a house cleaner. He grew up with his younger sister Kristine, in the south-western Sydney suburb of Panania and began working at AMP as an actuarial student. He started to act in amateur theatre performances, where he discovered a passion for acting.

Brown went to Britain in 1964, eventually winning minor roles at the Old Vic. He returned to Australia and became a member of the Genesian Theatre, Sydney. He appeared in Colleen Clifford's production of A Man for All Seasons, before joining the Queensland Theatre Company. He made his cinema debut in 1977 with a small role in The Love Letters from Teralba Road and appeared in several more Australian films over the next two years such as Stir and Money Movers.

In 1980, Brown became known to international audiences for his performance in Breaker Morant. While he continued appearing in Australian productions, he also appeared in another Australian TV mini-series, "A Town Like Alice", that won popularity in the United States.

He is best known to American television audiences for his Golden Globe and Emmy nominated role as Luke O'Neil in The Thorn Birds (1983), starring Richard Chamberlain and Rachel Ward, whom he later married.

He starred in several international productions including Tai-Pan with Joan Chen, F/X – Murder by Illusion Gorillas in the Mist with Sigourney Weaver and Cocktail with Tom Cruise.

In the 1990s and more recently, Brown appeared in American and Australian TV productions and films, such as Two Hands (1999), as well as in British TV commercials.

Brown was inducted into the Logie Hall of Fame in 1989. He received the Australian Film Institute Award for Best Actor in a Supporting Role for Breaker Morant (1980) and for Two Hands (1999).

In June 2005, Brown was made a Member of the Order of Australia "for service to the community through a range of charitable organisations committed to providing assistance and support to families and young people and to the Australian film and television industry."

When Bryan Brown was first introduced to Rachel Ward on the set of the TV miniseries The Thorn Birds in 1983, he read her palm and predicted she would have three children. They married a few months after filming wrapped. They have three children, one of whom, Matilda Brown, is also an actress.