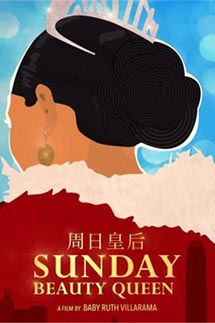 It gives us a different take on Filipina OFWs. Weekdays for a group of domestic workers in Hong Kong are spent on back-breaking work, while Sundays transform them into beauty queens in preparation for a beauty pageant.