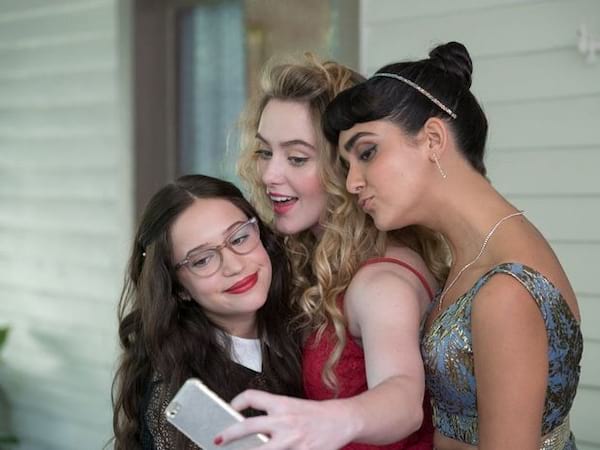 “It needed to seem as if they’d known each other most of their lives,” explains director Kay Cannon.  “Fortunately, when the three actresses got together in that week of rehearsals, it felt like they’d been best friends forever.” 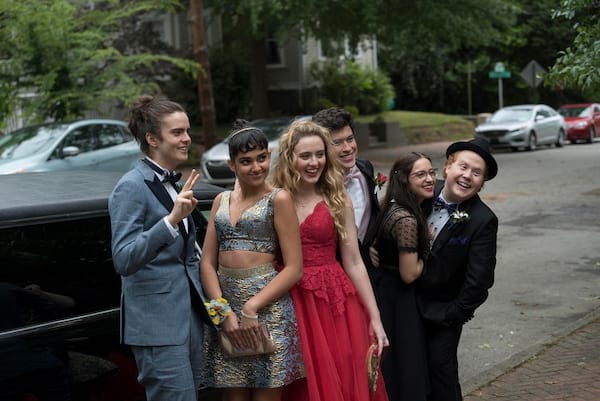 Newton was immediately drawn to the script because Julie is always in the driver’s seat with her boyfriend Austin (Graham Phillips of TV’sThe Good Wife), especially when it comes to decisions about sex.  “She feels comfortable in her relationship and confident about taking this next step,” the performer explains.  “This young couple has an honest relationship with clear communication.  It’s all Julie’s idea: She tells Austin she’s ready, and he says he feels ready, too.  It’s funny because Austin is the perfect boyfriend, but Lisa just can’t see that.”

Producers felt newcomer Gideon Adlon, whose credits include TV’s When We Rise and American Crime, was the perfect fit to play Hunter’s (Ike Barinholtz) daughter, Sam, a cool-nerd coming to terms with her sexuality. 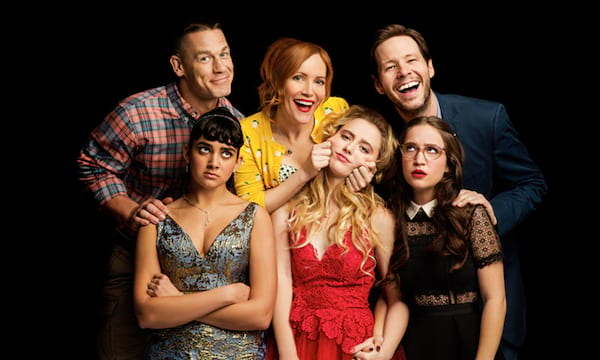 Sam’s deeper storyline appealed to Adlon’s more dramatic background of work, as well as her real-life experiences.  “Sam has to deal with her absentee father just showing up on this important night,” explains the actress.  “It’s funny, but she’s also really hurt by it.  She wants her dad back in her life, and I can relate to those complications.”

To play Kayla—Mitchell’s (John Cena) athletic, tomboy daughter—producers looked no further than Australian actress Geraldine Viswanathan, who jumped at the chance to work with Cannon.  “I’m obsessed with Pitch Perfect, New Girl and 30 Rock,” she says of Cannon’s comedic portfolio.  “I remember being on the plane thinking that I’m going to meet Kay Cannon—one of my idols.  This is my first American role; I was pinching myself.”

Viswanathan also identified with Kayla’s desire to finally cut loose on prom night.  “She’s led this very disciplined, scheduled life, and now that high school is ending, she’s ready to close that chapter,” the performer says.  “For Kayla to lose her virginity is another way to break past these expectations and feel free.”

Comedic actress Leslie Mann (How to Be Single, Knocked Up) plays Lisa, a mom who is trying to be cool while still parental and the emotional core of Universal Pictures' new comedy Blockers (in Philippine cinemas May 02.)

Kay Cannon, the writer and architect of the groundbreaking Pitch Perfect movies has proved that comedies about strong, dynamic women could pull huge audiences of female fans at the box office.

For decades, beginning with the groundbreaking Porky’s and extending to modern classics from Superbad to American Pie, guys have watched on-screen versions of guys like them boldly and bawdily celebrate the first time they have sex.

When three parents discover their daughters’ pact to lose their virginity at prom, they launch a covert one-night operation to stop the teens from sealing the deal.

Check out the trailers here at ClickTheCity and watch "Blockers" in Philippine cinemas this May 2018.