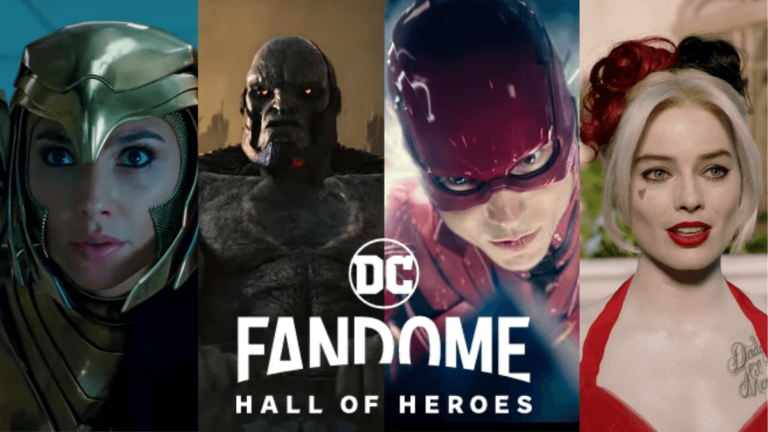 DC fans, there is no better time to unite than now as DC FanDome floods us with awesome content.

DC FanDome is a 24-hour virtual experience filled with everything DC– comics, TV shows, films, and more! And what’s even more epic is that fans from different parts of the world can be part of it from their own homes for free!

And while the event starts in Philippine time at around 1AM, August 23, do not worry your sleepy eyes because the programs will run an encore beginning at 9AM the same day.

But if you’re just too excited for the latest news and trailers dropped at the event, we got you covered! Here, we give you a rundown of what you might have missed during the first run of the DC FanDome!

Watch the second official trailer of Wonder Woman 1984 featuring a first look at the showdown between Gal Gadot’s Wonder Woman and Kristen Wiig’s Cheetah. We also get to see the latter in her comic book look, fully covered in fur!

A trailer for the ‘Gotham Knights’ video game has also been revealed. It continues the story of Batman: Arkham Knight, and will mainly follow Robin, Batgirl, Nightwing, and Red Hood protecting Gotham after *spoiler alert!* Batman dies in Arkham Knight. The game is set for a release next year.

The Flash panel at the DC FanDome further teased how the film will tie more DC titles through the DC Multiverse. Director Andy Muschietti also gave us a peek at concept art pieces featuring the new Batman-made costume of the speedster. The film is scheduled for a June 3, 2022 release.

Fans can now confirm their theories on which characters the new cast members will be playing in James Gunn’s The Suicide Squad. The clip also gives us a glimpse of the cast in their costumes.

During The Snyder Cut panel, director Zack Snyder finally unveiled the much-awaited teaser trailer for the upcoming director’s cut of the Justice League film. And to get the hype started, the teaser opens with a close-up look at DC’s big bad Darkseid!

Snyder also confirmed that the The Snyder Cut will be a four-part presentation, with each part running for an hour. It is set for a 2021 release on HBO Max.

Dwayne ‘The Rock’ Johnson who will be playing the titular role in the upcoming Black Adam film, joined by Noah Centineo who will play the Atom Smasher, announced that the Justice Society of America will be introduced in the film. Alongside Atom Smasher are Justice Society members Dr. Fate, Hawkman, and Cyclone. The film is scheduled for a December 2021 release.

During the panel for the DC Universe original series, Titans, it has been confirmed that the Red Hood will be brought to life on its next season. Curran Walters, who plays Jason Todd aka the new Robin, will become the masked vigilante Red Hood and will target his former Titans friends.

In the comics, Jason Todd became the Red Hood after Batman failed to save him from the Joker. Thought to be dead, Jason dons a red helmet to serve his own version of justice in Gotham, ignoring Batman’s rule of not killing criminals.

In a SHAZOOM call, director David F. Sandberg and some of the SHAZAM! cast led by Zachary Levi, joined by Shazaam! star Sinbad, revealed the official title for the upcoming sequel of the superhero film– SHAZAM! Fury of the Gods. The film is expected for release on November 2022.

From the creators of the Batman: Arkham series comes a new shooter game called Suicide Squad: Kill The Justice League. Check out the game’s trailer below featuring the Suicide Squad members Harley Queen, Deadshot, Boomerang, and King Shark who are faced against a murderous Superman.

Photos of Robert Pattinson as The Batman, Bruce Wayne

After we got a closer look at Robert Pattinson in the Batman costume, we are now given a better look at the man behind the mask, Bruce Wayne. According to director Matt Reeves, his film will follow Bruce Wayne’s early journey as the Batman in a corrupt Gotham City. The film is scheduled for release on October 2021.

Director Matt Reeves unveils the first teaser trailer for The Batman, which features a young Catwoman and the sinister queries of the Riddler. Watch it below:

You can still catch an encore of the DC FanDome panels starting 9AM today, August 23 at DCFanDome.com.

On September 13, DC FanDome: Explore the Multiverse will be offering DC fans full access to more than 100 hours of on-demand content, beginning at 1:00AM, Manila time.