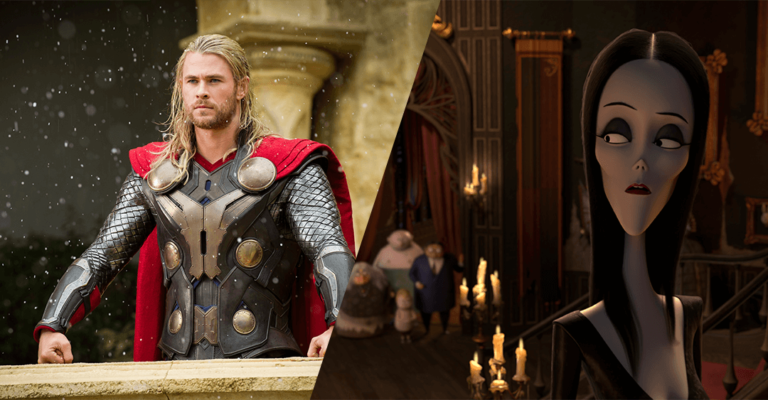 A young couple hoping to find their perfect home is brought to a peculiar housing development by a strange real estate agent. But when they try to leave the labyrinth-like development, each road mysteriously takes them back to where they started.

Night at the Museum
August 18

A newly-recruited night security guard at the Museum of Natural History discovers that an ancient curse causes the animals and exhibits on display to come to life until dawn. When three old guards break into the Museum to try to steal the magical stone, Larry rallies all the historic characters to help him stop the criminals and save the museum.

Paul Blart, a security guard who saved a mall from criminals, earns a trip to Las Vegas. But while he is on the vacation, Paul learns that the hotel he is staying at is in danger and steps up to save the day.

When the Dark Elves attempt to send the universe into eternal darkness by using a weapon known as the Aether, Thor must embark on a perilous journey to defeat their leader, Malekith.

Guardians Of The Galaxy
August 21

After stealing a mysterious orb from the planet Morag, Peter Quill is now the main target of a manhunt by villain Ronan the Accuser. To fight Ronan, Quill rallies a team of intergalactic criminals to save the galaxy.