‘Breakthrough’ and the Price of Overselling a Miracle

A good measure of restraint would have made the story so much more affecting by letting the miracle be what it is but with all the elements forcing it on the audience, it loses its overall impact.

‘Breakthrough’ is a biographical drama about the true story of John Smith, a fourteen year old boy in Missouri, who fell into a frozen lake and drowned. His heart stopped beating for 46 minutes and his doctors gave a prognosis that he wouldn’t survive. John’s mother, a devout Christian, prayed over his inert body and called upon the Lord’s spirit, and John’s heart began to beat again.

The film then focuses on how the family and the town and even all of America have been affected by this “miracle.”

I had no idea whatsoever about this film coming into the theater. I had not seen a trailer nor knew what genre it was. And from the first ten minutes, I already knew that this was a Christian movie by way of the character of Joyce Smith (Emmy and Golden Globe nominee Chrissy Metz from ‘This Is Us’) and how her faith played very strongly to the narrative. On the onset, I thought it was about how her faith would repair the strained relationship she has with her son, John (Marcel Ruiz). John is adopted and it seems that this is an issue for him as he feels abandoned by his biological mother. 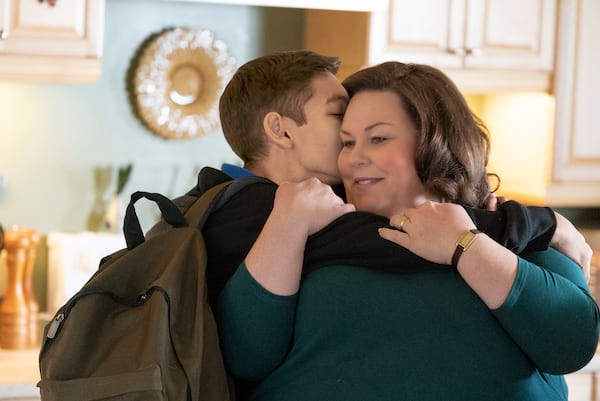 Joyce’s husband, Brian (Josh Lucas), seems unconcerned by this strain, dismissing it as some phase every teenager goes through. Adding to the complications is Joyce’s annoyance with their new pastor, Pastor Jason Noble (Topher Grace), whose attempts to be young, trendy, and hip goes against her ideas for practicing faith. These ideas include talking in millennial slang — awkwardly, at that — and bringing in a Christian rapper to perform at their ministry.

But when John falls into the ice, the whole film shifts from a story about a mother’s strained relationship with those around her, and a teenager dealing with feeling abandonment, into a film about miracles and tests of faith.

This is when my personal biases kicked in. I’m not religious so I felt very distant by the film’s approach to the narrative. I’ve enjoyed such films that deal with faith in such a heavy-handed manner such as from ‘Hacksaw Ridge’ to 'Santa Santita' and I’ve adjusted accordingly. 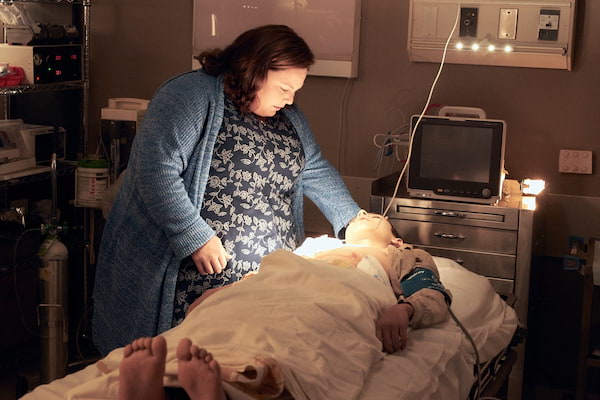 My issue with ‘Breakthrough’ is the picture-perfect world that the film creates. There’s a demand for suspension of disbelief in the storytelling as almost every scene is filtered with the goodness and sheen of the film’s belief. It unfolds very much like a parable and almost every moment in the film becomes a discussion about faith.

There is no real feeling of a world outside this event and outside this story. The film feels isolated and unbelievable. Even the treatment of the fireman who manages to rescue John underwater, Tommy Shine (Mike Colter), who is an atheist, experience no compelling crisis of faith over this event that he cannot understand.

The film feels frictionless and even if I didn’t know about this actual event, I could tell where it was going and what was going to happen by the way the story is set up. These are all actual events but the way it was presented made it feel so scripted. 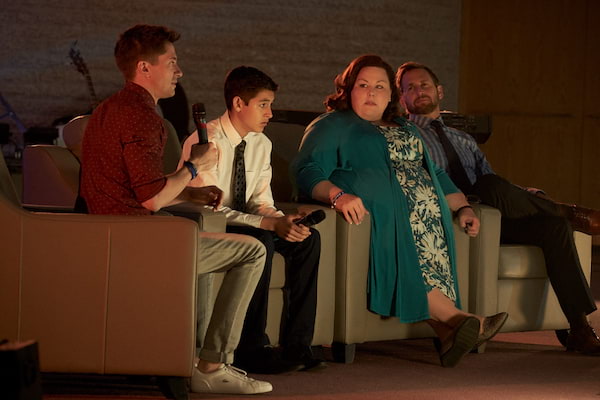 ‘Breakthrough’ is a film that unabashedly celebrates its beliefs, in so far as much as to present the Christian rap song during the ministry in full, even after all the necessary story elements have been established — Pastor Jason’s attempts at reaching his younger congregation and Joyce’s irritation to the whole performance.

While this may be a personal resistance to the subject matter, as a film, it comes off as too literal and too overt in its presentation of the narrative. When everything about the film speaks so openly about miracles and faith, it’s hard for the actual miracle of the dramatic situation to rise above and truly astound us.

A good measure of restraint would have made the story so much more affecting by letting the miracle be what it is, but with all the elements forcing it on the audience, ‘Breakthrough’ loses its overall impact.

'Breakthrough' is a Faith-Based Movie on Author Joyce Smith's Life

Based on an incredible story of one mother's unfailing love in the face of impossible odds, Joyce Smith prayed for her son's life after falling through a frozen lake. Witness how this miracle impacted an entire community in 'Breakthrough.'