‘Sunshine Family’ is Full of Laughs and Great Performances

My only issue with the film is that it could have enjoyed an extra 15 minutes to really play out the narrative. But, still, ‘Sunshine Family’ feels new and refreshing with some very deserved laughing out loud moments.

Director Kim Tai-Sik’s ‘Sunshine Family’ is an enjoyable off-kilter comedy about a Filipino family living in South Korea who are merely a week away from moving back to the Philippines for good when Don (Nonie Buencamino) commits a hit-and-run late one night. As Don struggles with his conscience, his wife Sonya (Shamaine Buencamino) goes to great lengths to hide whatever evidence is there including hiding Don’s car inside the house.

The events of Don’s hit-and-run puts the family through the proverbial gauntlet as their daughter Shine (Sue Ramirez) and their son Max (Marco Masa) have issues on their own. Shine has a relationship with young police officer Hyun-Woo (Blanc 7’s Shinwoo) and she’s having a hard time breaking up with him because of her eventual return to the Philippines, while Max is coming to terms with his own identity.

Coupled with a nosy neighbor (Park Se Jin) whose father-in-law (Han Tae Il) has dementia, and two men who have witnessed the hit-and-run, ‘Sunshine Family’ has all the necessary narrative elements for a wonderful film.

Add to that the fantastic performances of both Nonie and Shamaine Buencamino, a very charming turn from Shinwoo, and a hilarious performance from Park Se Jin, and all the ingredients are there.

My only issue with the film is that it could have enjoyed an extra 15 minutes to really play out the narrative. ‘Sunshine Family’ begins right at the hit-and-run. We do not know this family prior to this event. The film reveals each character at the moment of change. As the film unfolds, we discover that the family hasn’t been that happy, or at least Sonya isn’t, and this hit-and-run has brought out the best in her. But because we don’t see this family and how they operate before the accident, we cannot mark the changes that happened to them because of it.

And it’s unfortunate because there are so many beautiful stories within these relationships. Don has been an absentee father and husband. Sonya has been under appreciated. The neighbour has had ill feelings and suspicions about the Filipino family that lived next door, and the chaos of the family trying to hide the car is the tipping point for her tolerance.

All of these stories needed more time to unravel so that we could see how it all comes together in the end. The film is charming. It feels new (though, apparently, it’s a remake of a 1992 Japanese film) and it has a lot to say about OFWs without rehashing old themes that we’ve seen before. The performances are solid, especially from Shamaine Buencamino whose Sonya is infused with this single-minded obsession in keeping her family together that the lengths she’d go to to protect them is hilarious as it is moving.

But running at 85 minutes, the film jumps at several turning points like when, early on in the film, Sonya insists that they shouldn’t go to the police, the family attempts to keep things hidden and everything seems fine and then Don decides he has to turn himself in. We don’t get to see him struggle with that thought. That turning point is kept from the audience. There are also dramatic moments when Don discovers Shine and Hyun-woo’s relationship; he is completely disappointed in her but we don’t see any justification for such a strong emotion.

The film deserves an extra 15 or 20 minutes just to let these characters live in this world a bit more so that we can see the the changes that happen — who they were before the accident, during the cover-up, and the aftermath — and then the movie would have completely been solid.

But, still, ‘Sunshine Family’ feels new and refreshing with some very deserved laughing out loud moments. 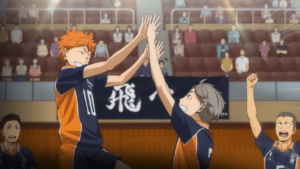 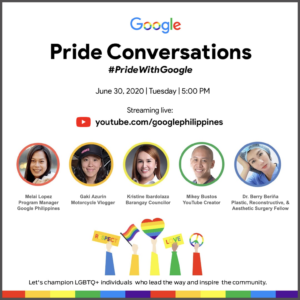