Blockbuster director (of “The Lion King”) Rob Minkoff directs another yet blockbuster classic, DreamWorks Animation’s “Mr. Peabody & Sherman,” a film based on the classic 1960s cartoon characters that appeared as part of “Rocky and Bullwinkle.”

Blockbuster director (of “The Lion King”) Rob Minkoff directs another yet blockbuster classic, DreamWorks Animation’s “Mr. Peabody & Sherman,” a film based on the classic 1960s cartoon characters that appeared as part of “Rocky and Bullwinkle.” 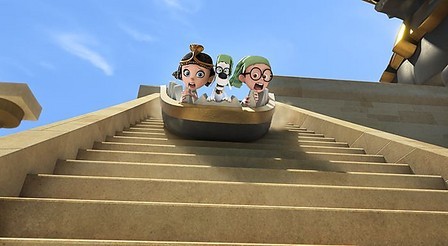 Featuring the voices of awarded and multi-talented actors Ty Burrell, Max Charles, Ariel Winter, Stephen Colbert, Leslie Mann, Patrick Warburton and Allison Janney, “Mr. Peabody & Sherman” takes us on an exciting ride around the world within the past and future along with history’s most unforgettable leaders and shakers.

“Mr. Peabody & Sherman” is based upon the beloved characters that first appeared in in the late 1950s and early 1960s animated television series “Rocky and His Friends” and “The Bullwinkle Show,” produced by Jay Ward.  The characters appeared in the “Peabody's Improbable History” segments created by Ted Key. Peabody was voiced by Bill Scott, while Sherman was voiced by Walter Tetley (an adult). Ninety-one shorts, each running about four and a half minutes, were produced.

The new film updates the classic dog-and-his-boy team for contemporary audiences with state of the art CG animation and 3D, while retaining the charm of the original cartoon. “The movie pays loving homage to the show,” says Alex Schwartz, “including the WABAC, and Peabody’s wonderful puns, which are woven throughout the movie. There’s a great deal of the show’s DNA in the movie.” 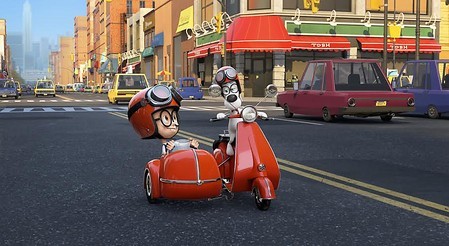 Rob Minkoff says that Mr. Peabody and Sherman are a classic movie team, “like Laurel and Hardy, Batman and Robin, Holmes and Watson.”  That’s heady company, but Mr. Peabody isn’t your typical beagle: he is nothing less than a business titan, inventor, scientist, Nobel Laureate, gourmet, Olympic medalist, and genius – who just happens to be a dog.

Jay Ward’s daughter, Tiffany, is the custodian of her father’s legacy, and worked closely with the filmmakers to ensure that Mr. Peabody and Sherman remained true to Jay’s vision.  The results, she says, were everything she had hoped for.

“The movie, like Jay’s short cartoons, never talks down to children,” says Tiffany Ward, also the film’s executive producer.  “He made them just as much for adults. And now the movie is a dream-come-true for me and my family – to have dad’s work, over 50 years later, being produced by DreamWorks Animation and put on the big screen in 3D. It’s spectacular.  Jay would have been so incredibly proud. The movie is a particularly emotional experience for me, because to me, my dad was Peabody – a true genius.”

Some of the filmmakers and actors remember, with great fondness and admiration, the original series.  Stephen Colbert has already mentioned his childhood shenanigans in sneaking into the living room to watch the past-his-bedtime show. And Rob Minkoff similarly remembers watching the show and loving the characters. “I was very happy to get the chance to bring them to life on the big screen and into our modern world.”

Travel through time around the world with DreamWorks Animation SKG’s “Mr. Peabody & Sherman” when it opens March 6 nationwide in cinemas from 20thCentury Fox to be distributed by Warner Bros. 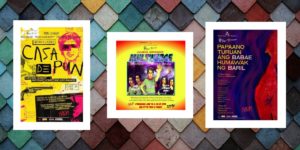