Even if 'Mariquina' was nothing but its performances, it would be worth seeing. There's almost too much great acting in here from the likes of Mylene Dizon, Ricky Davao, Bing Pimentel, Che Ramos, and Barbie Forteza. 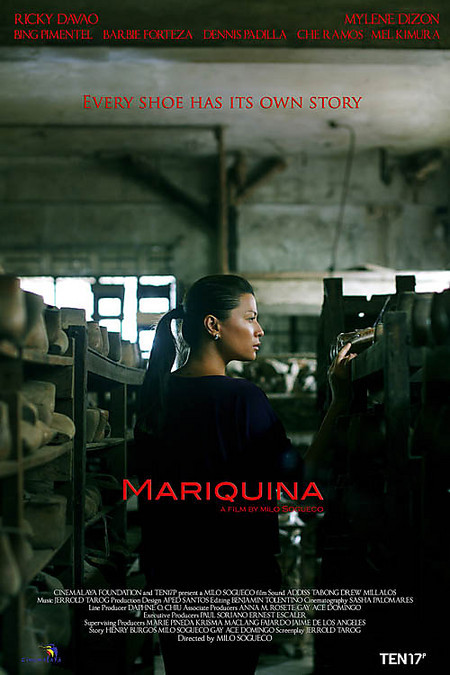 Milo Sogueco’s Mariquina opens with an old man committing suicide. That man, we soon learn, is Romeo Guevarra (Ricky Davao), a master shoemaker from the heyday of the Marikina shoe industry. His daughter Imelda (Mylene Dizon), who he shared a strained relationship with, is given the sad news. Imelda reluctantly goes about the work of preparing to bury her father. She’s given a very important task: to find the perfect pair of Marikina-made black leather wingtip shoes for her father to be buried in. As she goes about this task, she is drawn back to the past, and all the events that broke her family apart.

Even if Mariquina was nothing but its performances, it would be worth seeing. There’s almost too much great acting in here from the likes of Mylene Dizon, Ricky Davao, Bing Pimentel, Che Ramos, and Barbie Forteza. Forteza, in particular, is a revelation. If you’d told me yesterday that she was playing a character that would eventually grown up to be Mylene Dizon, I would have laughed in your face. But she pulls it off crushingly well, her trajectory as a human being visible on her face. But the film is so much more than its performances. It’s a simple story in the end; a document of one man’s tragic inability to be what his family needs him to be. But it is expertly crafted through and through, every detail of the production so lucidly designed.

The film might run a little long, and I have to question the inclusion of a cameo from a truly polarizing character. But the core of Mariquina is as solid as it gets. 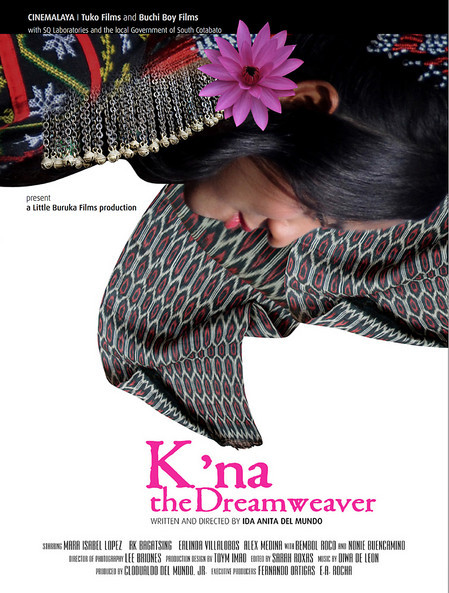 Ida del Mundo's K'na, the Dreamweaver tells the story of a small community of weavers that decades ago broke away from a much larger tribe. The bad blood remains between the weavers and their old clan. Amidst this conflict, the chieftain's daughter K'na falls in love with an abaca tradesman (RK Bagatsing). But when the clan is offered a chance for peace, K'na and her beau are faced with an impossible situation.

The movie is kind of a gentle little fairytale, telling the story of a princess made to choose between true love and duty to her people. The languid pace will certainly be a challenge for a lot of people, but it's entirely appropriate to the milieu. What's less appropriate is the strange tendency for the camera to jerk at certain moments, breaking the tranquility of the image. And the use of VFX ends up flubbing what should have been a lovely ending that illustrates the extent of the love the characters have for each other. 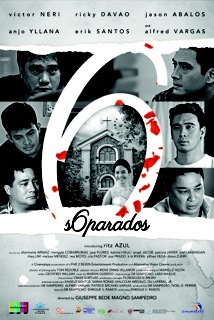 It takes a lot of skill to tell just one story. It takes a lot more skill to tell six stories in the same amount of time. That skill just isn’t evident in GB Sampedro’s S6parados. The movie tells the stories of six men, all of them going through rocky marriages, and thinking of getting out.

The film manages to touch on a couple of interesting issues that don’t really get much play in mainstream cinema. But its insistence on its gimmicky structure and its multitude of stories means that none of these narratives threads actually go very deep. None of the stories really have much of a resolution. The film just keeps cutting back to the framing device: a wedding where all the characters are inexplicably present. Meanwhile, various story threads are left dangling, many of the characters jumping forward to the happy occasion without dealing with the emotional consequences of what they went through.

And that’s another year of Cinemalaya done. I feel like the festival had a lot to live up to given how exceptional last year seemed to be. I don’t think it really reached those heights, but there are a bunch of films coming out of this year’s edition that I’d be happy for people to see. Dagitab is a stellar, well composed drama with amazing lead performances. Mariquina is just teeming with craft. I still question some of the choices of Children’s Show, but it is as compelling as it gets. Sundalong Kanin tells one of the most emotionally complex stories I’ve ever seen that involves kids. #Y can barely hold in its youthful energy, and provides refreshing perspective. Kasal frays around the edges, but its emotional core is deeply moving. And both shorts programs are pretty enjoyable.

I have more qualms about the rest of the films, though most of them are pretty interesting anyway. I’m really iffy about Bwaya and The Janitor, but one has to admit that both films made some intriguing choices. The only films I’m really down on are Asintado and Separados.

This was a year of great performances, the movies kind of geared towards getting a lot out of its actors. Nonie Buencamino and Eula Valdez just kill it in Dagitab. The entire ensemble of Mariquina is amazing. #Y gets an amazing turn from Chynna Ortaleza, and offers a lot of promise in its younger actors. The kids in Sundalong Kanin are all really good, too. Though Ronda doesn’t end up amounting to much in the end, it still features Ai Ai de las Alas showing the world that there’s more to her than mugging. And of course, Nora Aunor was Nora Aunor.

And it should be mentioned that a lot of the films just looked amazing this year. People really need to be paying attention to our cinematographers. They have just recently organized, and the work they’re putting out is worthy of your notice. Mycko David, Sasha Palomares, Rommel Sales and Carlo Mendoza put together some really amazing shots this year.

The festival continues through Sunday, and more screenings have been announced at the CCP. Go see films, everyone. There’s a lot of great stuff out there.