With eight of the ten films seen, I feel pretty comfortable with saying that Sigrid Andrea Bernardo's 'Lorna' is my favorite in this year's competition.

With eight of the ten films seen, I feel pretty comfortable with saying that Sigrid Andrea Bernardo's Lorna is my favorite in this year's competition. The movie stars Shamaine Buencamino in the title role, a recently minted senior citizen rediscovering the thrill of falling in love and the pain of heartbreak. In the course of the movie, she gets hit on, has a meeting with the father of her child, awaits the arrival of her foreign boyfriend, and reunites with an old flame. 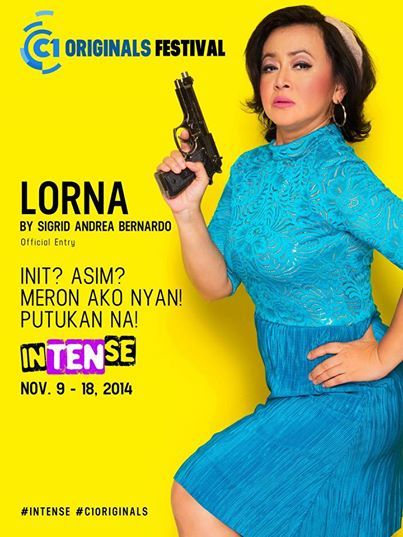 The film's best trick is how it lets its main character's inner emotional state intrude on reality. Its scenes rarely settle for appearances, digging deep into the psyche of a woman who still bears the pain of a decades-long heartbreak. The movie is masterful in its blending of drama and comedy, its scenes able to turn on a dime. It's a real testament to the writing, which finds punchlines in the more affecting of moments, and deep emotion in even the most humorous of situations. A tremendous cast helps, with Shamaine Buencamino turning in the performance of a lifetime, Maria Isabel Lopez and Raquel Villavicencio strong in supporting roles, and award-winning filmmaker Lav Diaz delivering in one of the most memorable roles of the year. Lorna could still probably be trimmed but, it is already a pleasure from start to finish. 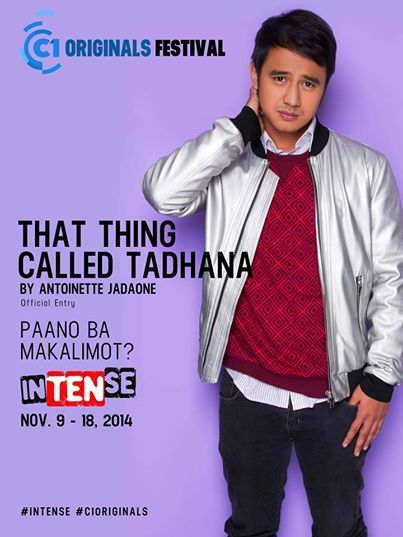 The Filipino romantic film is powered by kilig, that ephemeral bit of electricity that runs up one’s spine in reaction to perfectly designed moments between two people that are clearly destined to be together. The most interesting thing about Antoinette Jadaone’s That Thing Called Tadhana is that it resists of the call of kilig. It doesn’t really contrive any moments, and actually keeps the flirting to a minimum. The film stars Angelica Panganiban as Mace, who we first meet in an airport in Italy, her heart broken over the end of an eight-year relationship. In walks JM de Guzman as Anthony, who just offers to carry some of her excess baggage.

Over the course of the movie, the two sing karaoke, take a trip to Baguio, share hotdogs, and talk a lot about relationships. And that’s really it. The film avoids the tyranny of movie conflict, and instead just lets us listen in on these two people talking about their lives. Whatever conflict the film has is kept inside the characters, past romance acting as their main antagonist. The film offers something smaller and more meaningful than kilig. In one of its most potent scenes, Mace sings karaoke, and finds herself too overwhelmed to finish the song. But Anthony, with an unsure voice, decides to pick up where she left off. It’s a small moment, but it perfectly expresses what the film seems to be trying to say about healing broken hearts: sometimes it just helps to have someone there to keep the song going. 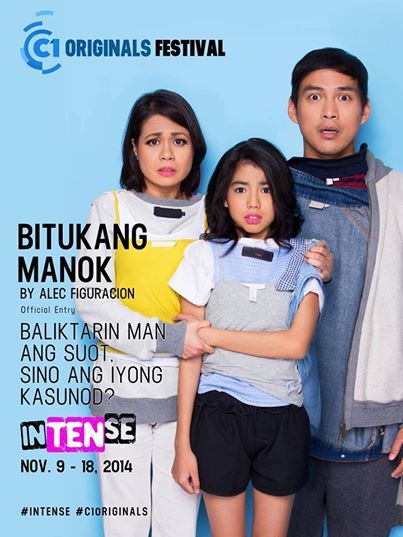 Alec Figuracion does his movie Bitukang Manok a disservice by trying to provide some measure of explanation. The movie provides an intriguing story: a gang of vacationing friends, a family and a pair of truck drivers all get stuck on a twisty road in the mountains of Bicol. No matter how long they drive, they seem to just keep going around in circles. They spend days stuck up there, growing more and more desperate as food and water runs scarce.

The movie provides an enticing buildup, the opening scenes establishing a lot of tension between the characters. And as the film goes on, the pressure cooker of their isolation only increases the tension, all sorts of conflict arising between characters as they grapple with the futility of their situation. For a good long while, it feels like the film is just going to be a Lord of the Flies style exploration of the breakdown of humanity in the face of crisis. But the film loses all of it in its climax, as it reveals the true nature of their imprisonment. It feels like a cop out, the story squandering the buildup and it takes the conflict away from the characters. 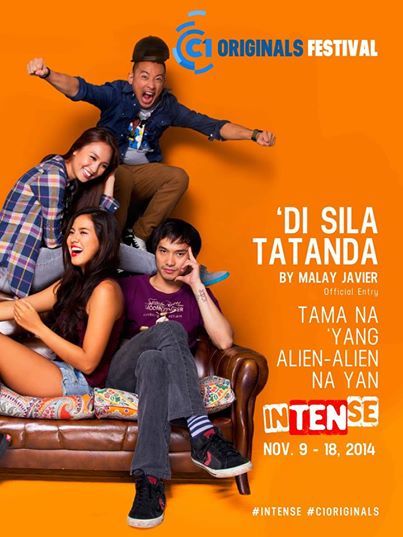 Malay Javier's Hindi Sila Tatanda is most fun when it isn't really about anything. There's a smooth flow to a lot of the conversation in this movie, the scenes perfectly capturing the kind of idle chatter that a group of friends might engage in. But the film flounders when it decides that it has to be about something. That something involves the four main characters heading out to Zambales for a family function, all the while hoping to investigate the claim that twenty years ago, there was a UFO sighting in the area.

The movie has style to spare. Its aesthetics are downright audacious, with its unconventional aspect ratio, moody interior lighting, and innovative use of rolling shutter. It all suggests a film with really big ideas about what can be done with the medium. And the easy rapport between its main players allows a very distinct dynamic to emerge. But it all just gets muddy in the final act, as the film attempts to contrive peril for the characters. In the end, the movie doesn't let the characters deal with the consequences of their discoveries, making all the plotty elements feel largely a waste of time. The film needs to be either more committed to delivering a story, or it could have just abandoned it altogether, letting the atmosphere provide this strange, off-kilter backdrop for the exploration of a very familiar group dynamic.

The entire run of Cinema One Originals is from November 9 to 18 in four venues: Fairview Terraces, Glorietta, Trinoma, and Greenhills Dolby Atmos theaters. For more information and updates on the Cinema One Originals Festival, visit Cinema One's official Facebook page (www.facebook.com/Cinema1channel).