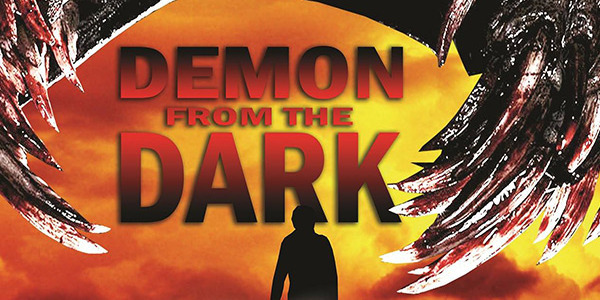 A Great Start is Squandered in ‘Demon from the Dark’

This sets up the main pattern of the film: the monster attacks the protagonist, but is eventually repelled by light. Demon from the Dark (just From the Dark, originally) gets off to a pretty great start. A man is digging a ditch at night when his shovel hits something solid. He digs around in the mud and is surprised to pull out a wooden stake. He makes nothing of it, until something bursts out of the ground and attacks him. With a minimal amount of information, the film smartly uses signifiers to convey what kind of monster the film will be featuring, all the while providing a context for its sudden emergence.

The film then goes on to introduce the main characters Mark and Sarah (Stephen Cromwell and Niamh Algar), a couple driving through the Irish countryside. Their car breaks down at some point, and they find some shelter in an abandoned house. While looking for help, they encounter a man who seems to have been gravely wounded. When they try to help him, they are instead attacked. With no help in sight, the couple is left to fend for themselves in the middle of nowhere.

It is soon revealed that the threat has a weakness: it is very sensitive to light. And not just sunlight; any kind of light at all causes it harm. In fact, a strong enough light source seems to be able to outright kill this monster. This sets up the main pattern of the film: the monster attacks the protagonist, but is eventually repelled by light. The characters spend some time in the safety of a well lit area, before being attacked again. The film goes through this pattern over and over, with not much escalation along the way. They’re only really facing one of these monsters at a time, and they all have the same aversion to light.

This setup actually provides a lot of interesting possibilities, but the movie doesn't end up capitalizing on them. It doesn't really try to make this pattern make sense. The characters inexplicably keep leaving safe areas, venturing into the darkness despite the clear danger that it represents. It doesn't show the threat finding ways to force them into the darkness. It feels like the characters are actively trying to put themselves in danger, which makes it difficult to root for them. By the time the characters get to fight back, it’s downright difficult to care about their plight.

There are some clever bits to the movie. Smart direction gets a lot out of tension out of the light-dark setup, in spite of the weakness of the script. The violence is greatly enhanced by strong practical special effects. The acting is pretty good as well. Niamh Algar gets to be tough, and it feels totally believable. She doesn't waste the rare opportunity to play a strong female lead. Stephen Cromwell has pretty good chemistry with her in the few scenes that establish the tenor of their relationship.

Demon from the Dark just never gets better than its first scene. Once the weakness of the threat is introduced, the film doesn't try hard enough to keep it from being a weakness of the narrative. The movie quickly falls into a boring pattern, the characters in and out of danger at regular intervals, the monster’s weakness turned into a clumsy plot device. There is clearly a lot of skill at play here, but it has been deployed to prop up a concept that hasn't been developed enough. It all serves yet another horror movie where the protagonists dive into danger, apparently incapable of making choices that promote self-preservation.

Demon From The Dark